Armin Mueller-Stahl to be Awarded an Honorary Golden Bear 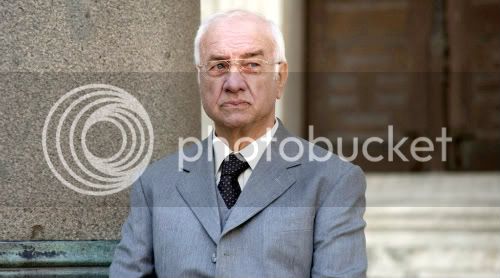 German actor and artist Armin Mueller-Stahl will be awarded an Honorary Golden Bear at the 61st Berlin International Film Festival.

“[We] are delighted we’ll be awarding this extraordinary artist the Honorary Golden Bear for Lifetime Achievement in February,” said Festival Director Dieter Kosslick.

Armin Mueller-Stahl is one of Germany’s biggest stars of international renown. Winner of numerous awards, he has played a wide variety of characters over the course of his 50-year career, and worked with many famous directors including Costa-Gavras, Andrzej Wajda, Jim Jarmusch and Steven Soderbergh. He began his career in East Germany, performing under the direction of Frank Beyer in films like “Nackt unter Wölfen” (1963, “Naked Among Wolves”) and “Jakob der Lügner” (1974, “Jacob the Liar”).

After moving to West Germany in 1980, he attracted international attention with films such as “Lola” (1981) by Rainer Werner Fassbinder and “Music Box” (1989) by Costa-Gavras. In 1996, he was nominated for an Oscar for his role in “Shine” (directed by: Scott Hicks). In 2003, he won the Adolf Grimme Award for his performance as Thomas Mann in Heinrich Breloer’s 3-part TV film “Die Manns – ein Jahrhundertroman” (“The Manns – Novel of a Century”). Most recently, he appeared on the screen in Ron Howard’s adaptation of the bestseller “Illuminati” (2009).

In the last several years, Armin Mueller-Stahl has increasingly focused on painting and music. Since 2001, he has presented his works in many exhibitions. An accomplished musicologist and violinist, he recently released his debut CD “Es gibt Tage…” [“There Are Days…”] with songs composed more than 45 years ago in East Germany.