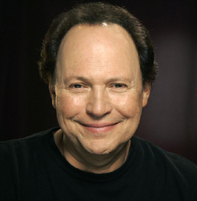 Billy Crystal is attached to star in “Winter’s Discontent” as a widower who moves into a reputed active adult community in hopes of reinvigorating his sex life. Frank Oz will direct the comedy.

Written by Paul Fruchbom, “Winter’s Discontent” was featured on Hollywood’s “The Black List,” famously comprised of highly anticipated screenplays. Sony Pictures will distribute the film domestically and has also acquired rights in select international territories. Sierra Pictures will finance the film and Sierra/Affinity will handle additional foreign sales on the title in Cannes.

Crystal most recently starred opposite Bette Midler in the box office hit “Parental Guidance.” He will next be heard reprising his “Monsters Inc.” voice role as Mike Wazowski in “Monsters University,” which will be released on June 21.

Oz previously directed “The Muppets Take Manhattan,” “Little Shop of Horrors,” “What About Bob?,” “Dirty Rotten Scoundrels,” “House Sitter,” “Indian in the Cupboard,” “In & Out,” “Bowfinger,” “The Score,” “The Stepford Wives” and “Death at a Funeral.”