“There is an obvious candidate for the Nobel Peace Prize and that’s Edward Snowden,” said Jon Karlung, CEO of Bahnhof, a Swedish Internet service provider in Stockholm that can monitor the monitors. 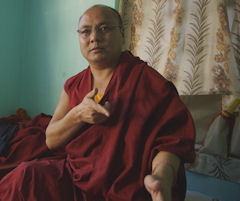 Edward Snowden, a US citizen in exile in Russia, has alerted the world that the US routinely captures all electronic data. But, so what? This can help break drug rings, catch spies and possibly subvert ISIS before its next attack. But on the flip side, you could also say, like alarmists warning us about 24/7 surveillance, that “Big Data has met Big Brother.”

“We are going through the most profound change in communication technology in all of human history right now,” said Dr. Ron Deibert, a University of Toronto professor and colleague of Jon Karlung.

Edward Snowden’s revelation of US world monitoring shouldn’t have been a shock. Trump’s accusation that his phone had been tapped was probably just a confusion of vocabulary. If he was using a cell phone, of course it was “tapped” – everyone’s is.
In “Black Code” Deibert shows helpful footage of a political protest in Brazil using phone cameras to document an illegal and unfounded arrest of an innocent journalist hauled in by government police.

However, an innocent Syrian is tortured for one month for liking certain FB pages.
The Dalai Lama’s phone was hacked by the Chinese interested in close monitoring of all Tibetan communication.

Third-party hacking and the selling of private information has become big business, with the relatively obscure government of Internet-poor Somalia being a player.

Karlung’s team can identify hackers because the facilities of Bahnhof have the capability to track the “digital exhaust” of government, business, and third-party hackers of all origins.

“Black Code” is one of the most important movies shown this year at the Human Rights Watch Film Festival in New York City, June 9 to 18, 2017. It will play on June 14, followed by a panel discussion. 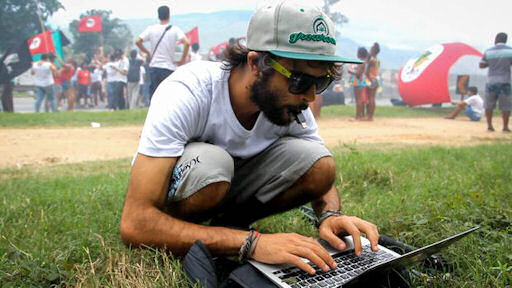