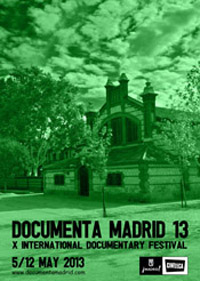 Documenta Madrid, the international Madrid documentary festival, will celebrate its 10th anniversary May 5 to 12 with a new edition directed by Mikel Olaciregui (former director of San Sebastian Film Festival) and the new team of Cineteca (the Spanish theatre devoted to the “non-fiction” cinema, in charge of the festival).

With an absolutely different focus, the festival reduces the number of sections and reinforces the international presence. Furthermore, Documenta Madrid keeps loyal to its aim of developing, enhancing and spreading the audiovisual panorama of documentary genre, “cinema of the real,” as long as it understands to be a reflection of the different social, political, cultural, economic, artistic and environmental realities that exist in the world. взять потребительский кредит онлайн заявка

Documenta Madrid renews the competition by concentrating on a single Official Selection made up of two competitive sections that will show the best worldwide productions of the year unreleased in Spain. The selection approach will focus on the quality of the films, regardless of their country of origin.

An International Jury will give next awards to each category:

The composition of the juries will be announced some weeks after closing the selection process.

The festival will also offer two non-competitive sections dedicated, in this case, to Spanish production:
• Panorama: Overview of the Spanish Documentaries of the Year. A selection of the most highlighted titles produced in our country throughout the past months and not yet released in Madrid.
• Retrospective: Spanish cinema during the Transition: a journey to one of the richest and most passionate phases of the Spanish documentary history, the years of the Transition. This cycle will enable the viewer to go through the essential titles as well as to discover new proposals and points of view of this era.

Cineteca will be the official venue of the festival, hosting the screenings of the Official Selection and Panorama, the Overview of the Spanish Documentary of the Year.

Moreover, Documenta Madrid collaborates with other venues extending the screenings of the Retrospective “Spanish cinema during the Transition” to Cine Doré (Spanish National Film Library). The festival will also host in its program the special programming by Casa Arabe during the festival and a cycle organized by Casa America about the Mexican Documentary: “Carta Blanca a Elena Fortes” (a selection made by the Director of the Ambulante Festival).