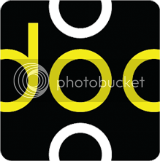 The Documentary Channel — the USA’s first 24-hour television network exclusively devoted to documentary films and the independent documentary filmmaker — has released its schedule for the rest of February and March.

FEBRUARY PROGRAMMING:
Weekend with Oscar (Feb 23-26): A marathon weekend of Oscar nominated and winning documentary films, including the US TV premiere of “Burma VJ”, Oscar-winning classic “Interviews with My Lai Veterans” (newly restored in partnership with The Academy of Motion Picture Arts and Sciences) and interviews with all of this year’s Oscar nominees in an hour-long Doc Talk Oscar Special

MARCH PROGRAMMING:
Her Take: Every Saturday in March, Documentary Channel celebrates a woman’s perspective in “Her Take”, showcasing documentaries by female filmmakers.

“WEEKEND WITH OSCAR” SCHEDULE – The remainder of Documentary Channel’s exclusive “Weekend with Oscar” schedule is as follows (all times ET):

MARCH PROGRAMMING:
Her Take: Every Saturday in March, Documentary Channel celebrates a woman’s perspective in “Her Take”, showcasing documentaries by female filmmakers.

Thursday March 22, 2012 10:00 PM
Lines (US/TV) – Three at risk teens dream of becoming professional skateboarders but do they have what it takes to succeed on a daily basis?

Saturday March 24, 2012 8:00 PM
Atomic Mom (US/TV) – Experiences of the atom bomb with an American Scientist and a Hiroshima Survivor.

Documentary Channel is primarily available through satellite television services DISH Network (Channel 197) and DIRECTV (Channel 267). For more information on DOC, visit the network website at www.documentarychannel.com, in addition to www.facebook.com/DocumentaryChannel or www.twitter.com/doc_channel.