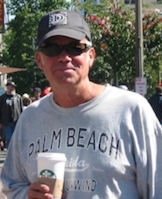 There is a feature length film in the works, and I wanted to be one of the first to let you know that the mysterious and intriguing “Who Wants Dessert?” looks like a wild ride. One of the film’s producers, Calvin Vanderbeek, gave It’s Just Movies a sneak peek at the proof-of-concept and the pending production.

Calvin Vanderbeek was interested in the film from the beginning. “I met director Venita Ozols-Graham several years ago when she screened her film ‘Used Body Parts’ at Shriekfest Film Festival,” he said. “Last fall, she was a finalist in the short screenplay competition with ‘Who Wants Dessert?’ She pitched me the script outside and I was very intrigued. I said, ‘Let’s do it.’”

The short film was created as a proof-of-concept designed to provide a glimpse of a longer film. “This lets us show potential investors the look, style and feel of the film we intend to produce for the feature version,” Vanderbeek explained. 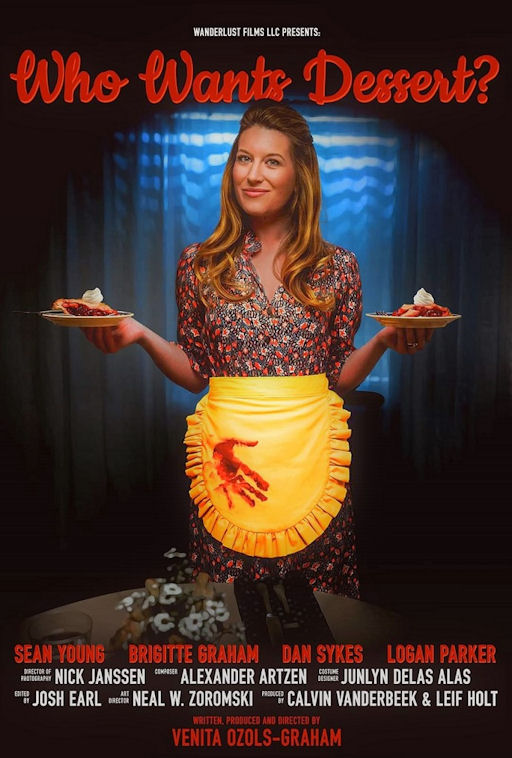 “Who Wants Dessert?” features a talented and highly recognizable actress as the film’s centerpiece.

“Venita wrote the feature version of ‘Who Wants Dessert?’ during the COVID-19 lockdown. It’s three stories about one story centered around the overworked psychiatrist Dr. Chambers (Sean Young), and the overtaxed mental health care system, and how people handle mental trauma differently,” the producer said. “I thought the role of Annie played by Brigitte Graham was amazing, and her interaction with her family, then Dr. Chambers. Working with Sean Young was also a plus. The twist at the end was my favorite!”

The short version of “Who Wants Dessert?” now hits the film festival circuit this fall. Vanderbeek is hopeful to have the film screening once a month across the country and the globe.

“We are looking to shoot the feature version of ‘Who Wants Dessert?’ in Georgia in spring 2021, and post-production is planned for Los Angeles,” Vanderbeek said.

The actors, director and editor got this short film just right. Watching this version of “Who Wants Dessert?” will make you want to take a great big bite out the feature film. Young’s delicious performance is the whipped cream and cherry on top of the production. 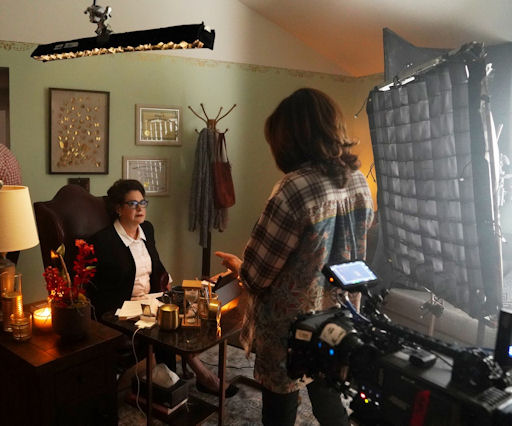 For more information about the film visit www.facebook.com/WhoWantsDessert1.