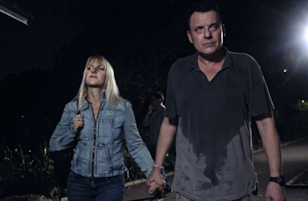 The new film “Central Park Dark” is a horror thriller that will leave the viewer wondering. When a married doctor has a one-night stand with a woman, things take a turn for the strange and terrifying as he become endlessly tormented by her. Or is it really her?

“Central Park Dark” is written and directed by Cybil Lake, who also co-stars in the film with Tom Sizemore, who she personally picked for the role of Thomas Winters. Central Park itself is also a character in the film, taking on a dark persona. ItsJustMovies.com recently caught up with Cybil Lake and Tom Sizemore for a look at the making of the movie.

The development of the movie took a few twists and turns. In the early timeline, Lake had a boyfriend. He wanted to write a horror film, which Lake eventually did, and the duo planned to shoot in upstate New York. “He broke up with me and I moved the entire film into Manhattan and it became ‘Central Park Dark,’” explains Lake. She specifically identified loving the setting because there aren’t many films in the horror or thriller genre sent in Central Park.

The script for “Central Park Dark” reached Sizemore via his manager. “I read the script and I spoke to Cybil on the phone,” explains Sizemore. “I liked her instantly, and her enthusiasm. I felt secure in her overwhelming positivity, to tell you the truth. It was an interesting thing… The discipline of this doctor and everything that winds up happening.”

Lake thought Sizemore was a shoo-in for the character of Dr. Thomas Winters. “He could do this role with his eyes closed!” gushed Lake. “My character is a woman with whom he has a past, and we reunited. We meet up again when he’s in the middle of a relapse. I think we’re just starting our relationship again and it’s like, ‘We’re in this now, and he’s going to leave his wife and we’re going to have a baby.’”

Lake’s character of Anna’s take on things is definitely not the same as the doctor’s and things go awry. “In a very heated argument, my character jumps out of a window,” says Lake. “It’s a pretty good argument for her to jump out of a window! Sizemore adds.
“Then I start to torment Tom’s character, and it’s unclear whether I’m alive or dead,” explains Lake. Appearing to the doctor in a dream, Anna explains the secret of dark horses in Central Park. She then uses the dark horses to exact revenge her revenge. Approximately 80 percent of the film was shot in Central Park, giving Lake a chance to let the setting play a prominent role in the action.

“It was a great experience shooting this movie, although we did have to shoot at a relatively quick pace,” explains Sizemore. “It was a lot of fun to play this part, and I liked my responsibility as the lead. It was great to get close to everyone and we had a great crew.” 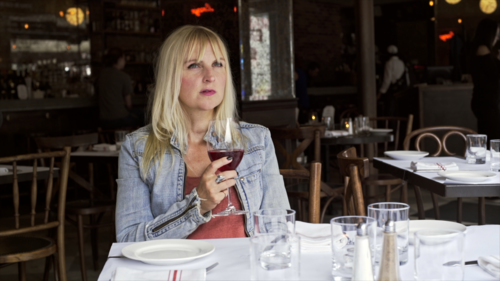 “Central Park Dark” was Lake’s directorial debut for a major feature length film, but even with Sizemore’s 250-plus film credits, he let Lake shine in her mastery of the film she wrote. “She’s very bright, very smart. Her heart is in the right place,” Sizemore says of Lake. “She kept to the script and kept on budget and I respected that.”

As a first-time director, Lake learned some valuable lessons, too. About 10 years ago, she had made a film that did not get distribution. “It was very discouraging, and I turned away from film and TV,” she explains. She stayed away for a while but eventually realized she love the storytelling and entertaining others. “I came back to it with a different mindset but when I did, I made some of the same mistakes I did the first time! I thought we could do the impossible all in one day!”

For his part Sizemore loved working with Lake and bringing the character of Thomas Winters to life. “It was my relationship with Cybil that started on the screen, and then carried over into our lives. I really liked working with her and she was a rock,” says Sizemore of his favorite experience of working on Central Park Dark.”

Sizemore finishes, “Cybil is irrepressible. That is one of her best qualities!” 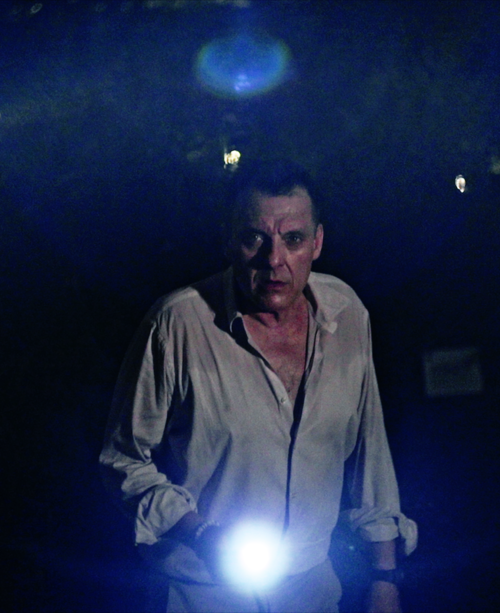 Tom Sizemore is a film veteran with more than 200 films to his credit. He’s worked with iconic Hollywood director Oliver Stone in “Born on the Fourth of July” and “Natural Born Killers,” and with Martin Scorsese in “Bringing Out the Dead.” After working with Steven Spielberg in the Oscar-winning WWII epic “Saving Private Ryan,” he went on to co-star in Ridley’s Scott’s Oscar-winning film “Black Hawk Down.”

Cybil Lake is the writer, director and co-star of “Central Park Dark” and has achieved significant experience in TV and film including “Blacklist” with James Spader, “The Following” with Kevin Bacon, and “Show Me a Hero” directed by Academy Award-winner Paul Haggis for HBO. A graduate of NYU’s Tisch School of the Arts, Las has written, directed, and acted in numerous shorts, including “An Echo Remains,” which she screened at the Cannes Film Festival. Lake was selected by NBC for a new filmmaker’s program, The Screening Room in 2010.