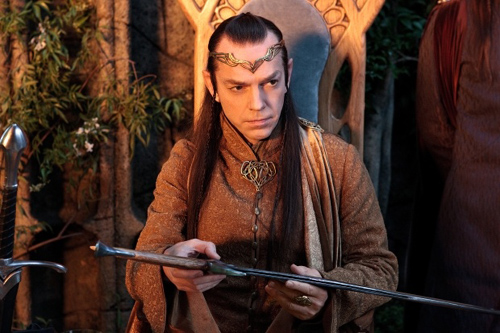 “The Hobbit: An Unexpected Journey” soared to the top of the global box office in a record-breaking opening, dominating the weekend with an estimated $84.775 million domestically and $138.2 million internationally, for a worldwide estimated total of $223 million, including a record-breaking $15.1 million from IMAX theatres worldwide.

Domestically, the film broke records for largest December opening in motion picture history, including Christmas/holiday weekends. It is also the largest opening for any film in the canon of “The Lord of the Rings.”

The CinemaScore coming out of the weekend was an overall A from all audiences, with an A+ from moviegoers under 18. Opening day showings, starting at midnight on Dec. 14, were sold out, some weeks in advance, and thousands of fans waited in line to be among the first to see the movie.

“The Hobbit: An Unexpected Journey,” a production of New Line Cinema and Metro-Goldwyn-Mayer (MGM) Pictures, is the acclaimed first film in Oscar®-winning filmmaker Peter Jackson’s epic “The Hobbit” Trilogy, based on the timeless novel by J.R.R. Tolkien.

In making the announcement, Toby Emmerich, president and chief operating officer of New Line Cinema, stated, “It has been a long journey for New Line and our partners to make ‘The Hobbit’ Trilogy a reality. We’re so privileged to continue the journey we started with Peter Jackson on ‘The Lord of the Rings’ Trilogy.”

Internationally, the film opened in 56 markets, representing approximately 70% of the total projected final screen count, with such major territories as Australia, Russia, China and others still to come.

Dan Fellman, president of domestic distribution for Warner Bros. Pictures, said, “This is such a tremendous start heading into the holiday season. This time of year always presents a very competitive landscape, so we are incredibly pleased that ‘The Hobbit: An Unexpected Journey’ performed so well across every demographic.”

Shot in 3D 48 frames-per-second, the film was released in High Frame Rate 3D (HFR 3D) in select theaters, other 2D and 3D formats, and IMAX.

You can read or review of the movie HERE.