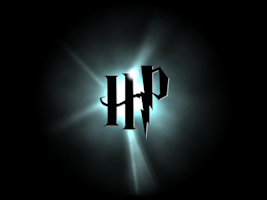 Continuing its record-breaking run, Warner Bros. Pictures’ “Harry Potter and the Deathly Hallows: Part 2” has surpassed $1 billion at the worldwide box office, becoming the first in the series — and just the ninth film in cinema history — to reach that benchmark.

The announcement was made by Warner Bros. Pictures President of Domestic Distribution Dan Fellman and President of International Distribution Veronika Kwan-Rubinek. Adding to the records already achieved, “Harry Potter and the Deathly Hallows: Part 2” tied the record for the fastest climb to $1 billion.

The finale of the franchise crossed the billion dollar mark on July 31, only its 17th day in release in North America, as well as most international markets. The film has now earned an estimated $318.46 million domestically and an estimated $690 million on the international side for a worldwide total to date of approximately $1.008 billion, already making it, globally, the top-grossing film in Warner Bros. Pictures’ history.

Dan Fellman stated, “What’s truly astounding is that these kinds of numbers are being achieved so early in the film’s release. The movie’s excellent reviews, outstanding word-of-mouth and repeat business will ensure that Harry Potter will be charming moviegoers for months to come.”

Veronika Kwan-Rubinek remarked, “To say that the global response to the film has been extraordinary would be an understatement. We are so proud that this last film in the series has not only reached such heights but has reached them in record time. It is now Warner Bros.’ most successful release ever, and there is still plenty more to come.”

“Harry Potter and the Deathly Hallows: Part 2” is the final adventure in the Harry Potter film series. In the epic finale, the battle between the good and evil forces of the wizarding world escalates into an all-out war. The stakes have never been higher and no one is safe. But it is Harry Potter who may be called upon to make the ultimate sacrifice as he draws closer to the climactic showdown with Lord Voldemort. It all ends here.

The film was directed by David Yates, and produced by David Heyman, David Barron and J.K. Rowling. Steve Kloves adapted the screenplay, based on the novel by J.K. Rowling. Lionel Wigram is the executive producer.

“Harry Potter and the Deathly Hallows – Part 2” is the first Harry Potter film to be released in both 3D and 2D. Concurrently with its nationwide theatrical distribution, the film is being released in select IMAX® theatres. The film is being distributed worldwide by Warner Bros. Pictures, a Warner Bros. Entertainment Company. It has been rated PG-13 for some sequences of intense action violence and frightening images.