In a new Superman movie, a little time does need to be devoted to Kal-El’s homeworld.

Ideally I would love to do a HBO-style mini-series about Krypton itself leading up to the devastating events that lead up to its eventual destruction. But that is for a whole other article! We need to see the humanity of Krypton, the love that Jor-El and Lara had for each other and their son. We need to see this to be able to invest and empathize with Superman when he learns or dwells on the fact he is an orphan and the last of his kind. Plus for future instalments, if a certain General Zod is on the scene, it can (like recently attempted in TV’s “Smallville”) make Superman hold out some sort of [misplaced] loyalty to Zod as he is a Kryptonian, too.

For Jor-El, I would cast Eric Bana. There are lots of good names bandied around out there for who could play Supes’ old man, yet when I see Bana, I see someone with the incredible intelligence that Jor-El would have, plus the physique of a Kryptonian and someone who would fight as passionately for his homeworld’s survival as his son eventually would for Earth. As for Lara, other people like Kate Beckinsale (if not being used for Lois Lane duties as mentioned in Part 1) or Jennifer Connelly would be a good choice. Plus imagine reteaming Bana and Connelly for a Kryptonian-cameo after “The Hulk.” My choice, even though I would love to see her take on a certain Amazonian superheroine, would be Bridget Regan. Together, these two characters can be really fleshed out in the relatively short time (it would only be a cameo) they would have on screen, to make Krypton a real, living world – something we are sad to see blow up when it does.

Smallville is another setting that, at once needs to be included for us to see what moulds Clark into who he will become, and yet needs a relatively small amount of screen time. It should feature only slightly more than Krypton before it. The anchors for Clark in Smallville are his parents, Jonathan and Martha Kent, and to a lesser extent, Lana Lang. Smallville can always be revisited in future installments if it serves the story, but as soon as Clark moves on to Metropolis the film too should leave it behind for the time being. I like the idea of Bruce Greenwood or Jeff Bridges playing Jonathan Kent. They both can pull off strong-yet-humble in their sleep. Both look like they could portray the kind, but hard working Kent patriarch. Instinct says Greenwood, for me. For Martha, I would cast Dana Delany. Again Delany, can portray the calm and gentle spirit needed to play Martha Kent. If I were to use Lana at the time when she and Clark were friends during childhood, I would go for Mary Elizabeth Winstead. She looks perfect for Clark’s best friend and first love who will always have that love for him inside her. She could even return in future sequels, after a few years, as an adult Lana. It would give an interesting dynamic to Clark’s adult life. Something that can be explored slightly better than it was in Superman III. 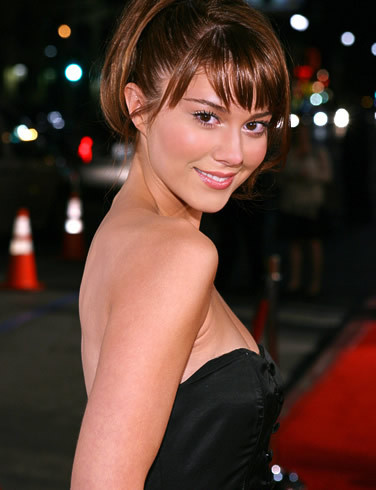 Now, the big man himself. What a tough one. From my previous articles, you may see I have a fondness for a certain Brandon Routh in the role. However, I recognise this new franchise needs a clean slate. No hold-overs from previous franchises or series. That’s why before any “Smallville” fans jump down my neck, as much as I may love some of the choices “Smallville” has made in its casting (Michael McKean as Perry, Erica Durance as Lois) this needs to be a completely new take on Superman. Someone I’ve always looked at and thought “he could play Superman!” is Owain Yeoman. The English actor looks like a great fit for Krypton’s last son and yet at the same time is a slightly different take on the usual Superman image. He, to me, is very reminiscent of Tim Sale’s drawings of Superman.

Those are the basics for my perfect Superman film. There are many more aspects to delve into, but these are the foundations to build upon. Get those right, and Superman will soar again.