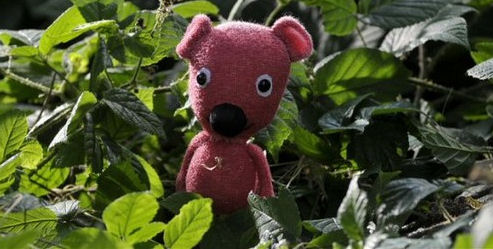 “We’ve all lost something. A person, a thing which meant the world to us, perhaps a place that no longer exists, or a time that’s passed — but what if we could have it back?” These are the words that begin this adorable little film about a 6-year-old boy who has real battles to fight.

Ondra’s asthma keeps him from participating in the more vigorous activities of the other children. His mother straightens his room and dotes over him to protect his delicacy. But the day his mother takes away his worn little pink teddybear, Kooky, is the day our little boy splits off into a dual voyage to find himself – a young Odysseus in two parts.

His imagination and alter ego, the little teddybear, transmigrate into a fantasy forest of good guys and bad guys. There is a mixture of puppets and toy cars with live butterflies, dogs, nature and people. Squirrels and birds are friends, garbage, especially plastic bottles and industrial waste, is the enemy.

Produced, directed and written by Jan Svěrák, an established Czechoslovakian filmmaker and winner of the 1996 Oscar for Best Foreign Language Film, Kooky’s cast is a family affair.

Captain von Hergot, the Guardian of the Forest, is voiced over by Svěrák’s father, Zdeněk Svěrák, who is a beloved Czech performer. He befriends cuddly Kooky who is trying to get home. However, Nuska (voiced by Jiří Macháček), the Guardian’s rival, is out to imprison Kooky at the dump.

Throughout the challenges in the fantasy forest with puppet characters, the real live boy who has lost his teddybear has an asthma attack and is whisked to the hospital. It seems there is a life and death situation for them both.

Kooky and his young owner, Ondra, are both delightfully voiced by Svěrák’s young son, Ondřej, who actually helped his father in the creation of the wonderful character of Kooky.

All classic hero stories are about getting home, the metaphorical destination for our personal truth, our potential or essential self. The realization of the self, in classic Greek terms, is the ultimate goal of the Greek archetype. Like the little boy and like Kooky, in order to grow and realize our full potential, we must pass tests and challenges. We can have mentors and helpers, but the basic challenge is to develop our own personal strength and integrity to become the best version of what we are meant to be.

This great little family movie was an award-winner in Czechoslovakia and was featured June 14 at the Northwest Film Center in Portland, Ore., in conjunction with the nationally touring program “Czech That Film.” Now, it is available via iTunes. 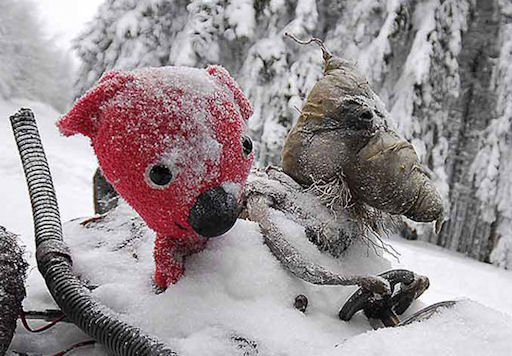