Last week, “The Dark Knight Rises” became available on Blu-ray and DVD. To coincide with the home video debut, “The Dark Knight Rises” Facebook countdown page held a contest, which once completed would unlock exclusive content for “Man of Steel.” The result was another teaser poster. In it, we see the superhero escorted by what appears to be military personnel in handcuffs.

Not much is known about Zack Snyder’s take on Superman, but from what was revealed in the teaser trailer this past July, it’s safe to surmise his version will be nothing like Singer’s or even Richard Donner’s for that matter. Reception for the ninety-second Terrence Malick-like teaser was luke-warm at best and Warner Bros. is probably hoping the new trailer, which debuts before “The Hobbit: An Unexpected Journey” this Friday will create a good buzz. I have no doubt it will … that is if some of the exciting footage shown at this year’s Comic-Con is included. 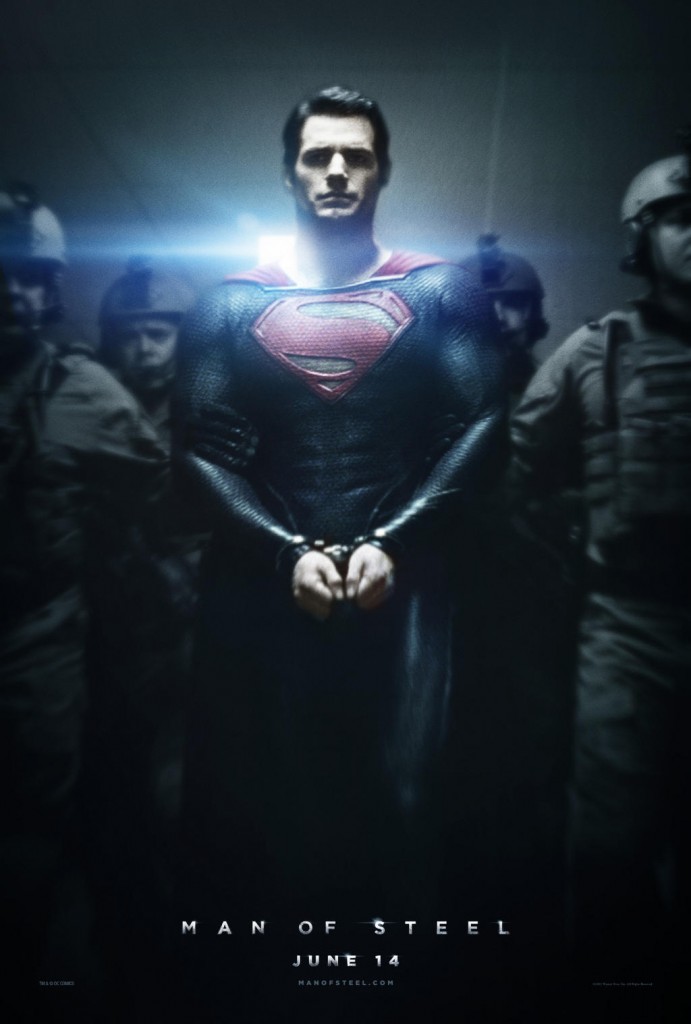