A Clip from Zero Dark Thirty 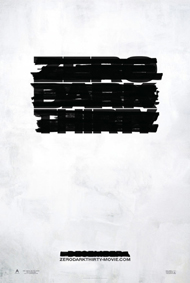 One of the amazing true stories of the last 50 years is the death of Osama bin Laden in a surgical midnight raid by US Navy SEALs on May 2, 2011.

Leave it to America to also make it into a film as fast as possible.

Just in time for Oscar consideration, “Zero Dark Thirty” is scheduled for a limited release on Dec. 19. It opens for widespread access on Jan. 11, 2013.

The opening for “Zero Dark Thirty” was delayed to avoid any perceived political bias during the presidential campaign. However, in being squeezed into December it still qualifies for this year’s Oscar consideration.

Other concerns have centered on its possible tactical security breaches. There has been critical concern that SEAL tactics and strategies are compromised in this public exposure of what was supposedly a secret mission.

“Zero Dark Thirty,” which in military language is pronounced “oh-dark-30, means very early in the morning or 30 minutes after the sun goes down, depending on your military source.

Kept under extremely tight security, “Zero Dark Thirty” has one clip available for view. The tightly packaged scene is taken from the last 30 of this completely gripping 157 minute record of bin Laden’s denouement.

The quiet Sikorsky Black Hawk stealth helicopters, the businesslike resolve of the Seals, the repetitive short notes of the score and the dark night on a secret dusty base converge to create a building tension, which is remarkable because we all know the ending.

This clip with its understated energy and grave soundtrack gives just a hint of the exceptionality of this story and this film.