Just in case you are unfamiliar with the movie, which is directed by Rob Marshall, here is the official description: Nine is the musical re-telling of Federico Fellini’s semi-autobiographical “8 and a half.” It tells the story of Guido Contini (Day-Lewis), a world famous film director as he confronts an epic mid-life crisis with both creative and personal problems. He must balance the many women of his life, including his wife (Cotillard), his mistress (Cruz), his film star muse (Kidman), his confidant and costume designer (Judi Dench), an American fashion journalist (Hudson), the whore from his youth (Fergie) and his mother (Sophia Loren). The original 1982 Broadway production of “NINE,” with music and lyrics by Maury Yeston, won five Tony Awards including Best Musical.

Marshall is perhaps best known as the director of the award winning musical “Chicago” and more recently for “Memoirs of a Geisha.” He currently is set to direct the next installment of the popular Disney film series, “Pirates of the Caribbean 4: On Stranger Tides,” starring Johnny Depp.

This movie has the look and feel of “Chicago” and could also be an Oscar contender considering the amazing amount of talent involved. If you love musicals, this movie is a must see.

In the meantime, enjoy the new pictures. 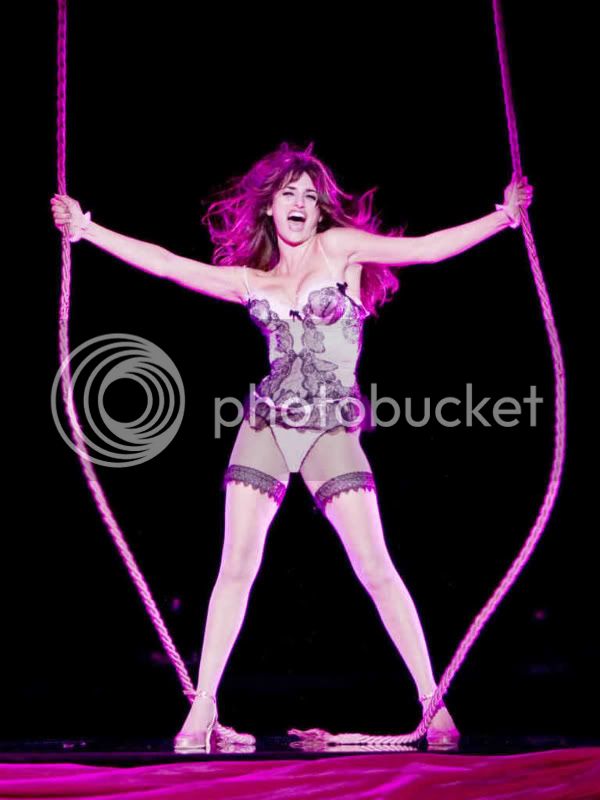