Tuesday night, Jeff Goldsmith of Backstory Magazine hosted a special screening of “The Avengers” with Joss Whedon at the DGA theater. During the Q&A session that followed the film, Whedon responded to questions about not only the hit superhero flick, but also “Cabin In The Woods,” ”Serenity” and “Buffy the Vampire Slayer” as well.

Beginning with the uber-popular “Buffy” — did you know an animated episode was in the works? Unfortunately, it was a tough sell and didn’t come to fruition. Whedon remarked, “We wrote seven scripts and they were basically our ids. What can we not do? It was the ‘Simpsons’ version of ‘Buffy.’ It was really fun to write.”

Shortly after that revelation, Whedon, who is known for writing and creating strong female characters, revealed that during “The Avengers” pre-production, he wasn’t sure if Scarlett Johansson would be back for “The Avengers.” So, one of the earlier drafts featured, Wasp.

“There was a very Wasp-y draft that I wrote. But it was way too Wasp-y. She’s adorable! I’m just going to write her,” Whedon professed rather excitedly.

Given Whedon’s adoration for Wasp, I wouldn’t be surprised if Janet van Dyne makes an appearance in the sequel, or at least in future Whedon/Marvel projects. Honestly, she was never a favorite of mine, but Whedon has an uncanny knack of emphasizing a character’s best attributes and making them likable.

Whedon also wanted to add another villain to “Avengers,” but he remained closed-mouth on who it was, since the antagonist is likely be used elsewhere. “I fought hard to add another villain with Loki and that was the one battle that I lost,” said Whedon. “They (Marvel) believed very strongly, they didn’t want to add any more mythology. It was very difficult for me to make that work, but the ace in the hole was Tom Hiddleston, because he’s so compelling and commanding. But it took me a long time to accept that, because I was like, ‘They need someone to hit.’”

The questioning then turned to that of screenwriting and the length of Whedon’s screenplays. One draft of “The Avengers,” which included a second villain and Wasp, was 160 pages. The first draft of “Serenity” was 190 pages. Whedon also implied that the reason “Wonder Woman” didn’t work out was because the folks at DC and Warner Bros couldn’t give him a release date, whereas Marvel had one.

Unlike “The Avengers,” which took two years to write, “Cabin In The Woods” took only three days. While discussing his process in brief, Whedon admitted he preferred working on screenplays at restaurants, as he is less likely to be distracted by things at home. Whedon explained, “First of all, all you can do is sit there. You can’t get up and check the fridge.” Listening to music soundtracks while writing serves as a perfect filter from outside noise, such as annoying conversations, which Whedon hilariously improvised. Definitely listen to the audio at Backstory Magazine for that (hear it here). 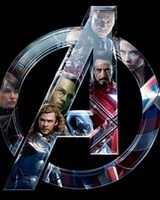 It was great watching “The Avengers” several months after its release. The same gags continue to amuse and the action is still exciting. I still wish some of Captain America’s scenes, which are on the Blu-ray and DVD, made the cut, but at 143 minutes some things have to be sacrificed for the sake of moving the story along.

The sequel to “The Avengers” doesn’t hit theaters until May 1 2015, but thankfully fans of the film won’t have to wait that long to view some of their favorite superheroes on screen. Next year, “Iron Man 3” jets into theaters May 3, followed by “Thor: The Dark World” on Nov. 13 and “Captain America: Winter Soldier” opens April 4, 2014.

For the Whedonites, you can watch some of your favorites from previous Whedon works in his next film, “Much Ado About Nothing,” a modern retelling of one of Shakespeare’s comedies, June 7.

Tags: "Firefly", "The Avengers", "The Cabin in the Woods", Joss Whedon
Posted 20 Dec 2012 by Sherice Antoinette in Features, Superheroes