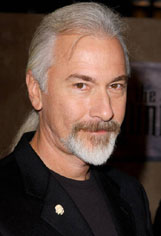 The “Men in Black” franchise has proven to be a lucrative one for Sony Pictures. Starring Will Smith and Tommy Lee Jones, the first movie earned $589 million worldwide, the second $441 million and the latest installment, “Men in Black 3,” took in $624 million and will definitely make a lot more with its Blu-ray release, which arrives in stores today.

I preparation for the blu-ray release, a press conference was held on the Sony lot, with visual effects supervisors Jay Redd, Spencer Cook, Ken Ralston and Academy Award winning make-up artist Rick Baker in attendance. Incidentally, Baker was honored with a star on the Hollywood Walk of Fame today and he also is being entered in the Guinness Book of World Records twice for his seven Academy Award wins and 12 nominations, more than any one else in the entertainment business.

Quite a bit of ground was covered during the interview, from omitted characters in “Men in Black 3” to the upcoming “Maleficent.”

First up, I asked the team which characters didn’t make the cut in “Men in Black 3.” Creative Head and Senior Visual Effects Supervisor of Sony Pictures Imagework Ken Ralston spoke about Boris the villain alien in MIB3 and how he was toned down.

The original script had Boris eating people. Pulling them (in his chest) and eating him. The studio said, “Get rid of that.” It was more monstrous. We kept fighting to try and get more of that in it and it kept being whittled down.”

Jay Redd then brought up another character that was in the trailer but missing from the film:

There’s a character in the first teaser trailer. A graffiti character that lives in the wall that comes to life. When that trailer came out, that character was an integral part of the movie.

Ken has done 5,000 drawings, versions of it. So there was a lot of development done. A ton of work went into that.

The original script had some great scenes with him and somehow it just kept getting taken out.

We did some final shots with that which ended up in the trailer and we were blocking out the sequence that was going to be in the movie with that character. For myself. I had put a lot of thought into just what this character was because at first I couldn’t wrap my head around, “Okay this is an organic being that is flat on a wall. How is that happening?” Then I kinda had this idea of little particles and little nano-like ants and stuff.

I think I had just put it out of my memory because of the pain involved. Maybe he’ll be in MIB4.

I don’t know about you, but after hearing that, I want to see more Flaco. Maybe can start a Twitter campaign. For those who have no clue who or what Flaco is, check the clip below.

Next, I inquired about the hiatus and whether it affected them. Basically it didn’t. They continued working while the principal photography was at a standstill.

We didn’t really stop. There are certain things you have to take a chance on. You don’t know what’s going to happen on a hiatus. So we had already started work on things we knew in some form would be in. Even if some shots were going to get cut out we still needed New York. So we kept working on what we could because time was short.

Props and even some pieces of New York we kept working on. And the hiatus — I think it got reported we were down for months. It wasn’t like that, it was a few weeks.

We were all working. I was really happy to have that time actually. I made a lot more aliens and got to a lot more things at that time. 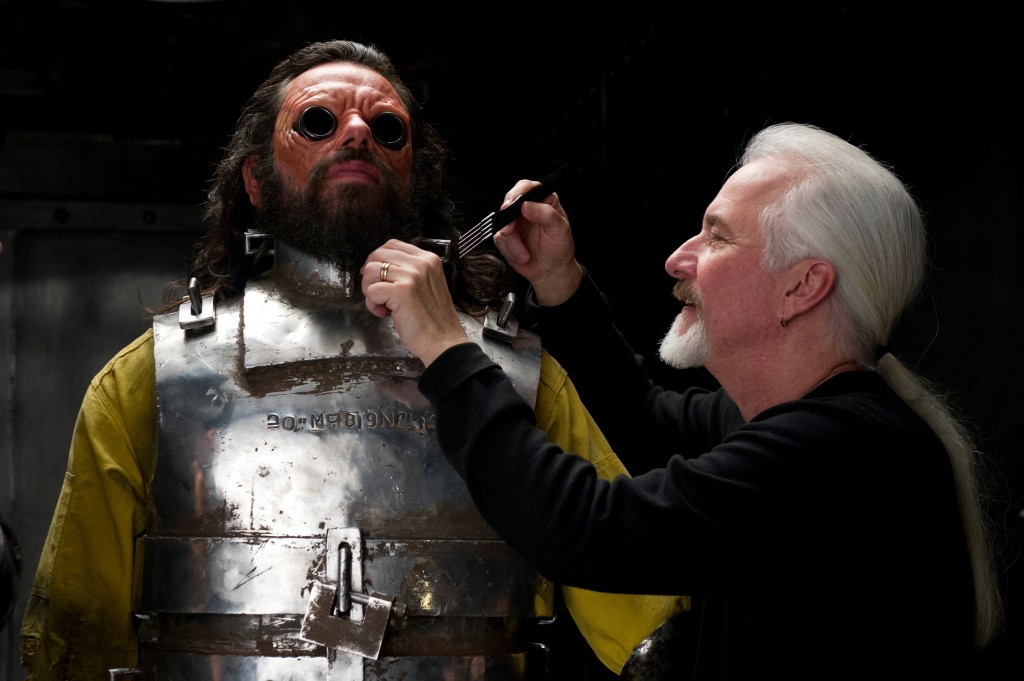 When asked about advancements made in technology and whether it helps or hinders Rick Baker’s creative process, his response was quite candid.

I embrace the technology. I made the weasel alien on my computer. I’ve been doing my designs on computer for about 24 years now. What I object to is when it’s used just because it’s the latest thing, but it’s something I can do with my techniques just as well if not better.
There’s a magic that happens I think when you have an actor in make-up and they’re looking in a mirror, and the face that’s looking back at them is a different face and they can see what that face is. That’s one of the things that fascinated me about make-up as a kid. The first time I made myself up, and this was basically just smearing white grease paint on my face, I could do things that I couldn’t do in my normal skin.

I think when you have an actor in make-up on a set he knows what he looks like. He’s going to do something he isn’t going to do with dots on his face in a motion-capture stage. Having said that, I think it’s really cool the things that you can do with a computer, but I just hope (traditional make-up) doesn’t go away. That part of it. I think it would be a sad day.

Rick Baker also mentioned he will often wear the character designs he makes to test things out and to make sure the actor that eventually wears the finished product is comfortable in it. One day, he showed up at the Sony lot during a 3D test as Boris and scared director Barry Sonnenfeld.

As far as “Maleficent” is concerned, Baker couldn’t say much about it, but he did mention that the live-action version is different than the classic animated fairy tale most of us grew up with.

This movie is going to be a different take on it. It’s not Maleficent from the Disney movie. I did Susan Sarandon’s make-up in “Enchanted” where’s she’s supposed to be like a Snow White witch — this old kind of hag witch. That was fun because I tried to base as much from the real source material. It’s definitely easier in a way but it’s also harder in a way that people have an expectation. You know what I mean? If it was totally left up to me, if someone said I want you to do Maleficent make-up, I would have done something entirely different than what I did on Angie (Angelina Jolie). But what we did on Angie was for this movie.

Finally, I asked Baker if he would be making a return to Gothic horror films, which happen to be my favorite genre and his as well.

I hope so. That’s what got me into the business. That’s what made me want to do what I do. I don’t like what horror movies have become. All this torture porn kinda stuff and all about just killing people in horrible ways and stuff like that. I like more old school Gothic horror films. That’s why I wanted to do “The Wolfman.” People don’t call me about those films as much as I wish they would. I would love to do a Frankenstein movie. I’ve never done Frankenstein in a film. But I’ve managed to do a lot of things in my career. If I drop dead right now, which I hope I don’t, I want to be there for the star ceremony. That would be very disappointing. I hope I at least survive for another couple weeks. I’m pretty satisfied with what I’ve accomplished.

If time hadn’t run out, the fangirl in me would have asked Rick Baker questions about “An American Werewolf in London,” which still has the best werewolf transformation ever. CGI will never touch it. But alas, time was up and Mr. Baker had to be on his way.

So readers, in addition to the Flaco campaign, I think we should start one for Universal’s Frankenstein. We all know that Universal will reboot it eventually and hopefully make up for the ridiculous version seen in “Van Helsing.” The only man capable of designing a proper Frankenstein is, of course, the master of creature creation himself, Rick Baker.

Until that happens, you can view Baker’s most recent work in “Men in Black 3,” which is out on DVD and Blu-ray today.