Review: A Good Woman Is Hard to Find 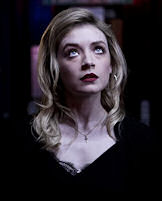 The lengths that people will go to for various causes has become the capsule description for revenge flicks. A quick set-up to get the juices going and the glorious simplistic finish, usually with bloody violence. On the surface this film is that, enough get-even action to make the investment back at the box office. Even better, there is a message that comes through for those willing to put some thought into it.

In his second feature film, director Abner Pastoll teamed up with emerging writer Ronan Blaney (Oscar nominated short “Boogaloo and Graham” 2014) to produce a pot boiler with a message. A simple movie, the film uses three good lead actors—Sarah the destitute single mom, Tito the renegade drug rip-off artist and Leo the small time drug king-pin. A classic character set-up that harkens back to noirs of decades past. The big man, the talented outsider and the woman who will prove their downfall.

The film blends in a nice bit of horror as the acts of revenge take place that is made much better by Sarah Bolger’s shell-shocked reaction to what she has become. Once the innocent wife, mother and possible small-time drug user, she becomes a full fledged member of the shadow society of illicit substances. Like almost everybody else in society, she eventually makes her contribution to the cause, in this case Leo and his band of psychos. Already enslaved by being a single mom with hardly a penny to her name, she takes a measure of power in Tito’s drug money and gives up her civil rights in the process.

Edward Hogg and Andrew Simpson do their part as vicious Leo and scampish Tito. Leo is a businessman very much like the security guard at the grocery store who leers at Sarah as she scrapes through her miniscule resources to buy food. Leo’s customer is a well-dressed man walking a well-behaved, well-fed dog. There is no need for violence, the shadow society allows us to have our cake and eat it too. We can be straight and addicted at the same time. That is, until Tito.

Sarah’s deceased husband Stephan is described by king-pin Leo as a Samaritan who stuck his nose in the wrong places. Stephan is described by Sarah’s mother as a drug dealer. This duality also applies to Sarah, a loving mother and a killer, and to the customer with the dog, a good citizen and a supporter of organized crime. Everybody has two sides. As Sarah washes off the blood in the shower, the camera swings to the bloody water going down the drain. Hitchcock knew a thing or two about dual personalities too.

Enough action to appeal to the shopping mall multiplex crowd and enough message to rise above “just another revenge flick.” A spare soundtrack of percussive strings and heavy bass complements the spare sets and tight cast. The film makers knew how to put their resources where it counts, just like Sarah. 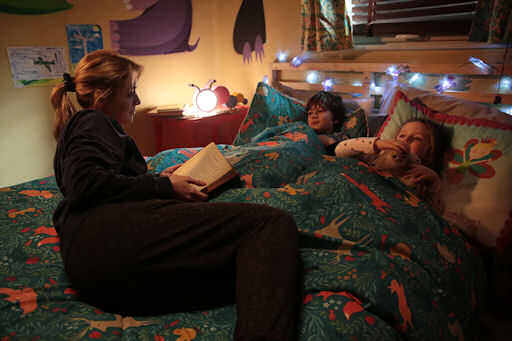