The film starts with the beginning of another lousy day. The father is drinking heavily at 8 am, bright and early, recovering from a broken leg and cursing life. In the next scenes, the other parents pummel their children with insults as their dreary, poverty stricken, dead end apartment buildings drip the leaden stink of depressive death from filthy balconies and debris strewn stairwells. No elephant sitting still here, just plenty of droppings. 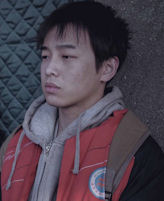 So begins director Hu Bo’s first and last piece (he ended his life last October), and things don’t get much better from there. The story takes place in a single day, ending just before the following dawn in the night’s darkest hours. A striking, heartbreaking ending with a suggestion of hope is all the good news we get. The rest of the story is the lethal struggle for a simple, honest, peaceful life that somehow evades everyone.

The ensemble cast is simply terrific. The director has woven together a half dozen stories and choreographed the talent perfectly. Although each person comes from different circumstances, they all come together physically, and spiritually, in the final moments. It is hard to disclose a spoiler for a movie that defies the neat ending. The final scene, typical of the lovely long takes of yore, is more like a new beginning, one that holds promise while at the same time reiterating past threats.

Commentary on generational gaps is prominent. Adults are defeated, crooked, self-hating and ignorant, while their children are doomed to search in vain for a way out. The school is closing, “What will we all do,” asks the student. “I will get a bigger, more comfortable office, says the vice dean. “You students will graduate and work as street vendors.” One can hardly be more succinct. Bribes, lies and sexual misconduct are the order of the day, just beginning to corrupt the lives of the young.

The grandfather pops in and out of the stories, reminding us of discarded social mores and outdated concepts of respect, no longer workable. The gangster shows more wisdom, sympathy and genuine caring than anyone, one of the more profoundly three-dimensional characters in a cast chock full. Cell phones and online chats join the cast of villains.

Stark photography and a sparse soundtrack emphasize the blankness and void. Some live and some die. The lucky ones die physically, the unlucky die spiritually and are forced to live on. The only true survivors are those who remain truthful. Lies and betrayal turn into their own punishments. Violent people say violent things, but there is almost no physical violence except by persons upon themselves. The few physical fights are the exact opposite of modern martial arts slapathons. Dirty, pointless, inconclusive “Rashomon” struggles that are as dishonorable as they are futile. Excellent editing and story-telling are also influenced by that same classic, echoing the more modern approach of “Pulp Fiction,” with all the humor of Dante’s “Inferno.”

At an epic length of almost four hours, take notes and try to keep the characters straight. It is a long day’s night. 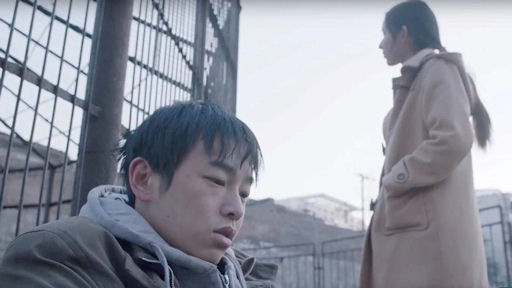