Cillian Murphy plays mission leader Josef Gabcík and Jamie Dornan plays his conflicted second in command, Jan Kubis, in “Anthropoid,” a wartime thriller about the assassination of Nazi chief Reinhard Heydrich. The commander was considered the third most powerful of the Nazi elite, the brutal executive of the critical production of war materials in Czechoslovakia and a major architect of the Holocaust. 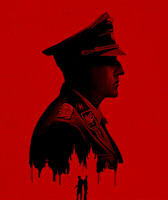 Writer/director Sean Ellis is known for his Oscar nominated Best Short Film “Cashback” (2004, shared with Lene Bausager), which won the Jury Award at Tribeca as well as many other awards and nominations. The screenplay for “Anthropoid” was co-written by Anthony Frewin, who worked on the similarly visceral “Full Metal Jacket” as assistant to producer.

There is a temptation for film makers to rewrite the history of historic heroic events. It is to the credit of the movie’s film makers that they stayed remarkably close to the truth for most of the film. This is not a “Mission: Impossible” caper.

It is truthful reportage with warts and all. The initial parachute drop behind enemy lines was barely successful with the equipment lost in the trees and one of the assassins injured. The two were nearly caught outright by a local Nazi sympathizer.

The local head of the Czech resistance advised strongly against the assassination because it might not even work and whether it succeeded or not it was sure to result in horrific reprisals. In fact, it did result in terrible reprisals. Two entire villages were destroyed and an estimated 5,000 men, women and children murdered in revenge. Heydrich’s replacement was reputed to be even more bloodthirsty than the “Butcher” himself. On the insistence of the local head the exiled Czech government was contacted in London to verify the order to proceed. Two contradictory replies were received but inside information that Heydrich would soon be leaving for a permanent re-assignment forced the issue.

It is difficult to say how much of the screenplay was based on actual records and how much was improvised. The final shoot out in the church conflicts with some reports and on the whole may be mostly speculation since all of the resistance fighters died. There are also other sequences in the movie that seem less than believable.

Despite that, the cinematography by writer/director Ellis is powerful. There is a good combination of interior and exterior shots combined with day and night photography. The sequencing of the final gun battle in the church crypt is action-packed and realistic. Especially amazing is the attempted flooding of the crypt with fire hoses and the snatching of the access ladder by the SS troops. It is this detail that makes the movie work in spite of occasionally weak dialogue.

Editor Richard Mettler reunited with Ellis after his debut work on the multiple award winning “Metro Manila” in 2013. Production designer Morgan Kennedy also worked with Ellis on several previous award winning movies. This is a young team but one to be reckoned with. Watch for them in the future. 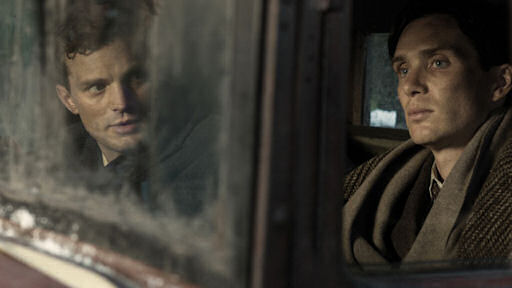