Director Stephen Frears has done better things. His visceral 1990 Oscar-winner “The Grifters” was as serious as a heart attack compared to his Oscar-winning “The Queen” in 2006. But both were heavies compared to this flighty flick. 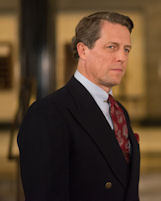 Meryl Streep plays the titular Jenkins and Hugh Grant plays her husband, St. Clair Bayfield. Jenkins contracted syphilis at the age of eighteen from her first husband. As a result, she and her eternally protective second husband Bayfield agreed to a celibate marriage. The marriage was an open one and Bayfield had an active sex life apart from the singer. This story is all about the married couple and the fierce bond between them in spite of eccentricities and the absence of a sex life in their union.

Early on in the movie, Bayfield cautions Jenkins’ pianist, Cosme’ McMoon (Simon Helberg), to never look in the tattered briefcase the coloratura keeps with her at all times. In fact, he is never even to ask about it. As it turns out, the briefcase contains her will, its hundreds of pages testimony to the fact that she changed it frequently. Her father denied her money to further her musical aspirations and she seems to have taken on his manner of combining inheritance with friendship, and love.

The movie takes a decidedly upbeat look at the woman, considering she was the laughing stock of New York. It is not clear if Bayfield was her main protector, the one who shielded her from public derision, or if she did much of that herself. The film shows Bayfield carefully manipulating the tickets to her small concerts and inviting no critics except the precious few who were wholly in his pocket. In fact, it might have been the singer herself who arranged such things.

This juxtaposition of roles is important if a love story is to be made from the life of a rich, spoiled, manipulative aristocrat. This movie is, above all, a love story. It also renders the opinion that the soprano was a good-hearted woman who wanted to praise music by practicing it actively instead of listening to it passively. This is as opposed to a woman who needed to constantly reassure herself that she was great and who did it at the expense of thousands of other musicians in the city who worked immeasurably harder and were immensely more deserving.

In the end the house of cards comes down and Jenkins dies of a heart attack after renting the entirety of Carnegie Hall for a night and performing. It was not possible to control sales for this concert nor was it possible to control the critical reviews that came out the next day. Whether this is a tragic end to a love affair with art or the rich getting their comeuppance is in the eye of the beholder.

As one would expect from Streep and Grant, the stage chemistry is wonderful. It is a sweet story even if one-sided. Several great supporting performances, the prime example being Simon Helberg as the nebbish pianist who sticks with the singer through thick and thin. Pitch perfect costumes and sets make this a delightful trip to 1944 New York and a sweet, if over imaginative, love story. 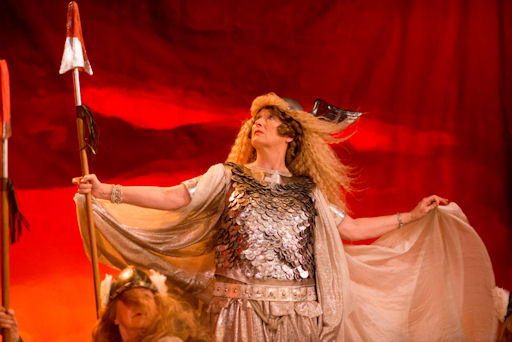