Zack Snyder roars back with a superhero brawl that combines a blasting Wagnerian soundtrack with World Wrestling Federation slap downs. Significant plot? Do not count on it. The philosophical underpinnings of this match made in Hollywood are murky, but the action is nonstop.

Ben Affleck uncorks a great performance as Bruce Wayne/Batman, a superhero who is darkly concerned that Superman has lost his moral compass and is a threat. The film plays well on the uncertainties of the times. There is a conspiracy afoot and the US Congress is concerned. In one of the rare moments of black humor, Holly Hunter plays Senator Finch in a berserk witch hunt for the Man of Steel. He is failing to save the universe as promised. Plus, he is an alien. How un-American.

Henry Cavill returns to play Clark Kent/Superman and he pulls it off with panache. Busting onto the screen looking like a male model from an underwear ad, his sincere boyish looks leave no doubt that he is a squeaky clean guy. But he is being backed into a corner, tasked with saving everybody, everywhere, all the time. A mysterious military hit in the desert forces him to save Lois (a gravely miscast Amy Adams) and Hunter’s Finch is lisping mad.

Lex Luther takes advantage of the situation and using his incalculable zillions of dollars plots to put the Man of Steel in his place and emerge as world ruler. Jesse Eisenberg, as Lex, is saddled with the worst parts of the screenplay, babbling endless philosophical techy nonsense while trying to look like Hannibal Lector. Or, at least, the Riddler. In the end, he comes off like the “Social Network” version of Mark Zuckerberg on a bad acid trip.

One of the high points of the flick is the comic relief provided by Laurence Fishburne as Daily Planet chief editor Perry White, Clark Kent’s boss. If only the screenplay could have put aside the smashing and bashing long enough for White to utter his classic line to Jimmy, “Don’t call me Chief!”

Thoroughly produced special effects are entertaining for the first half of the two-and-a-half-hour lollapalooza. In the beginning, the alien ships streak through the city at ground level, cutting off skyscrapers at the knees like a nuclear weed whacker. Smoke billows up the streets and chaos and confusion reign. The action quickly shifts to Bruce Wayne and one of several eminently unremarkable car chases.

By the second half, the over-bearing, over-loud and numbingly repetitive soundtrack starts to wear the viewer down. Every move Superman makes is accompanied by the most irritating and brainless banging and crashing. Arbitrary concussive shock waves of sophomorically distorted noise are inserted at every point in the movie where the film makers want to make sure the audience is paying attention. As if they had anything else to do. “Bang!” Are you watching?

As splashy as it gets, this movie will make millions. But the corporation could have made even more if they eliminated an hour of the fist fighting and kept the screen time down to a 100 minutes. 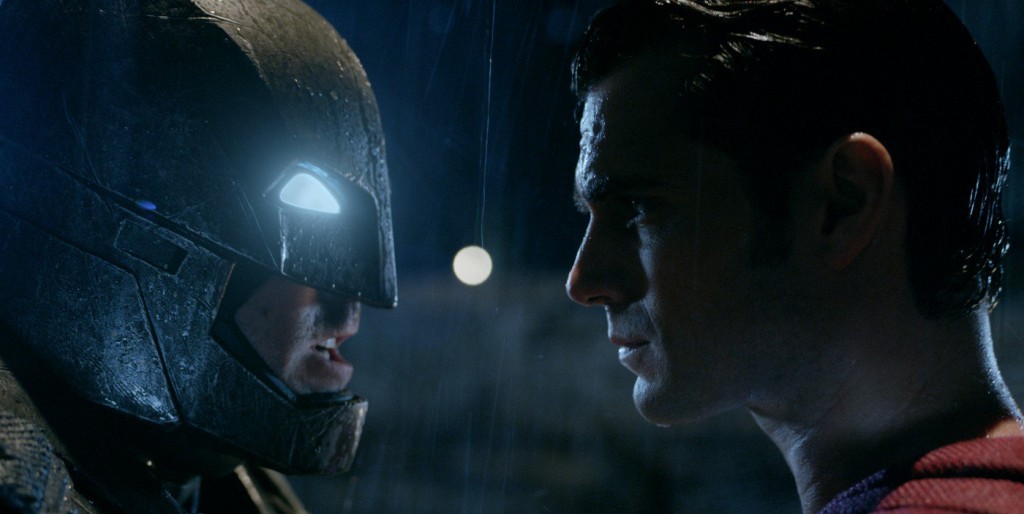