Perhaps it is because of the staggering losses the Soviet Union has suffered in war that it took a Russian production to show the profound cost of military conflict with perfection. It also took profound courage to document the final days of the Soviet route from Afghanistan. Few countries have the courage to document major military defeats, especially those compounded by treachery, corruption and cowardice. This movie does that better than any other in recent memory.

Director Pavel Lungin painstakingly puts the memoirs of Nikolay Kovalyov on screen in this scripted narrative that is so real it seems like a documentary. A half dozen war film tropes are included from “Saving Private Ryan,” “Full Metal Jacket” and even “Apocalypse Now,” some almost providing comic relief only to be immediately displaced by viscerally real action footage. The photojournalist wants to film a door opening to a long deserted hut. The door, for no possible reason, is rigged with explosives and blows up. Dust, dirt and shards of wood and brick cover everything. People are killed. For what?

The pervasive lesson throughout is the senselessness of it all, framed in the unvarnished context of dismembered bodies, pools of blood and random death. On the eve of the Soviet withdrawal, the son of General Vasilyev (Vitaliy Kishchenko) is shot down in his fighter jet. In one of many perfectly realistic sequences, the jet is downed by a shoulder fired missile and the pilot is taken hostage by a 10-year-old boy who grabs his machine pistol. The precision is in the several chance moments that gel together in the fog of war.

Negotiating to get the pilot back sets the stage for the overall negotiation of the Soviets evacuating through Salang pass, a retreat that exposes them to annihilation if they do not have the cooperation of the enemy. The negotiation is between tribes that will massacre each other given half a chance and with the Soviets who have several agendas, none of which have anything to do with fairness to the Afghans.

This is interspersed with gunfights that come out of nowhere, rocket attacks on vehicles, soldiers unable to kill and driven to the brink of insanity by the meaningless brutality they are commanded to execute. A house is shot to pieces and the Soviet soldiers, desperate for real food, gobble the lentil soup still hot on the fire. There is none of the clean rationality of the Hollywood production. The rugged desert hills are encircled by buzzards. Soldiers are not killed as much by the blast of explosions as they are buried to death in the sand, dust and fragments of the ancient crumbling buildings in which they crouch.

There is no death with honor here, only fear, reaction, trauma and the death of children who know nothing save war. First rate stripped down supporting work by Anton Momot, the superb athlete who cannot kill, Kirill Pirogov as the Party commander and Yan Tsapnik as the Afghan leader who has seen it all. Director Pavel Lungin plays the corrupt sergeant selling an automatic grenade launcher to the locals with almost comic relief if such relief is possible. An invaluable addition to the library of any viewer interested in films of armed conflict. 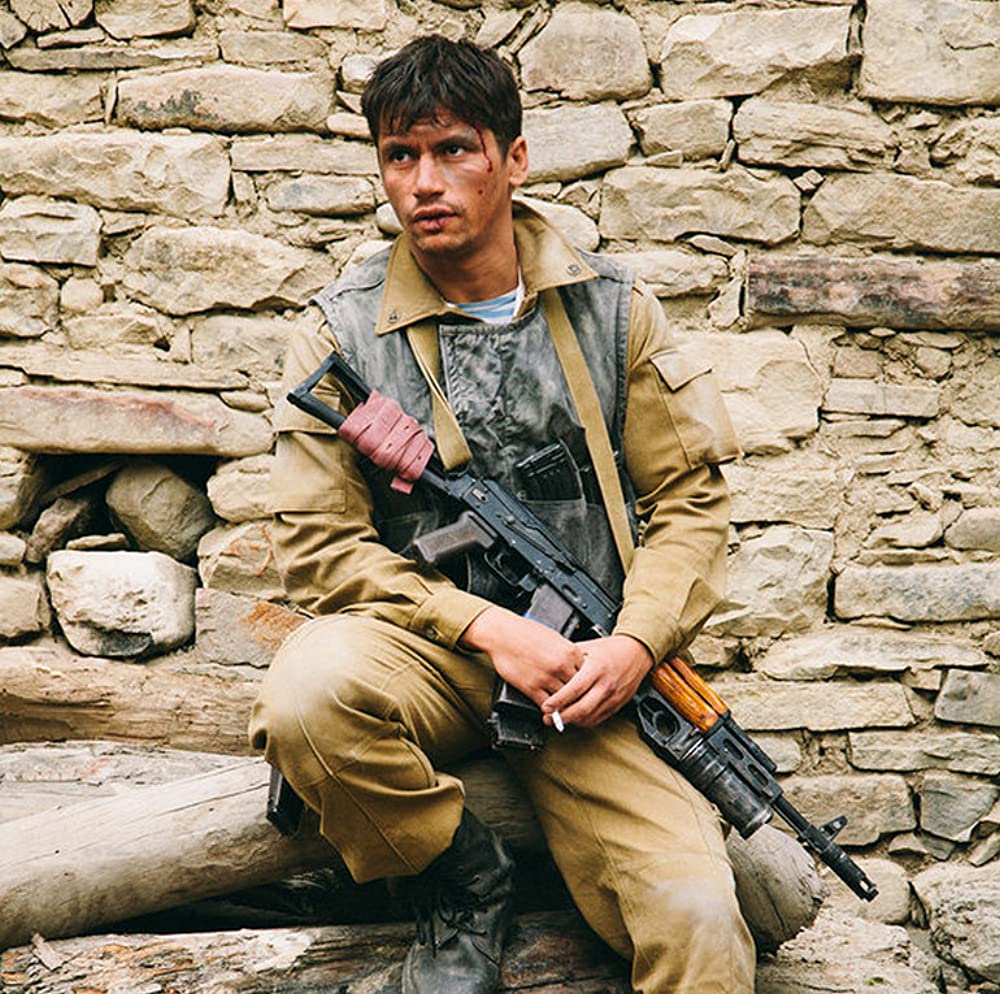