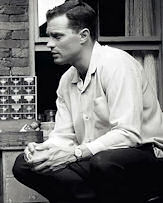 Perfect timing. That “Belfast” was coincidentally released in 2021, the year of the Jan. 6 attack on the US Capitol, sends an ominous shudder down my back.

The film, an autobiographically-inspired look at an early time in film-maker Kenneth Branagh’s life, opens with a Belfast neighborhood sharing its street for childhood soccer, neighborly greetings, and even some dancing. But soon on and suddenly, an angry march from another part of town turns into a hateful rampage. Glass breaks and fire breaks out in this tiny Belfast enclave.

It’s Catholics vs. Protestants. On the surface, being that Branagh purposefully gives us no background or rationale, the conflict just sounds ridiculous and reminiscent of the battle between Lewis Carol’s White Queen’s Army and the Red Knights, fighting each other with convoluted logic.

But what we do know is that “Belfast” is a semi-autobiographical story of a time in Branagh’s childhood. Buddy (Jude Hill), who represents Branagh, is 9 years old. His little mixed neighborhood of Catholics and Protestants is where he is friends with everyone. “How can you tell a Protestant from a Catholic?” he wonders.

But when the angry Protestant mob comes to burn out the Catholics, it’s hard not to damage the Protestant houses as well. They are built up against each other. Windows shatter, flames blow out, and people scream. Buddy’s mom (Caitriona Balfe) gets her children under a table. The father (Jamie Dornan) is doing out-of-the-country construction work as a joiner so he is gone days at a time and not available to protect his home and family.

While Mom loves living near all her relatives and friends, Buddy’s father knows it is no longer safe in Belfast, especially when he can’t be there to protect them. Deciding whether they should move or not is the literal question. Grandmother, played to perfection by Judi Dench, would have to be left behind. But what Dad feels about the conflict and tells Buddy about religion and prejudice is the real driver of the film.

When community members turn into vigilantes, when they feel so committed to a cause that they form a violent mob for change, they destroy the very thing they felt so compelled to protect, whether it be their neighborhood, their capital, or their democratic ideals.

And that brings us back to the present in America and worries about our future. The timing of the production and release of Branagh’s “Belfast,” with a mesmerizing soundtrack by Van Morrison (Belfast born), might not be a coincidence but a foreshadowing or warning of things to come in the Western world.