Review: Beneath the Harvest Sky

Casper (Emory Cohen – “The Place Beyond the Pines”) and Dominic (Callan McAuliffe – “The Great Gatsby”) grow up together in the tiny community of Van Buren just south of the Canadian border. They are very different people. 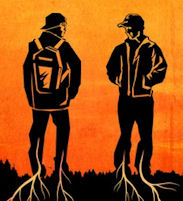 Dom is hard working and has his eye on the prize. He picks waste material out of the potatoes as they are dredged out of the dirt in the fields. It is hard, tedious work and there is little time for rest. Casper is dealing with bad family influences. His father, Clayton (Aidan Gillen) seems determined to have him join in the family business, smuggling pharmaceutical drugs across the border between Canada and the US. The profits are huge but the penalties are ruinous for a young man’s life.

The two have one thing in common and that is to get out of their tedious, belittling existence where it seems to the only future is harvesting potatoes beneath the harvest sky. But their sky is over Boston, the sky that glows over Sox park when the lights go on and the game starts. The two are saving money for a Corvette that offers them a future but there are hurdles to be overcome.

Aron Gaudet’s and Gita Pullapilly’s coming of age drama “Beneath the Harvest Sky” takes place under the big sky country of northern Maine. There are few rules here, make a living and stay out of jail and a person can do almost anything he wants. Jobs for teenagers are scarce to non-existent and jobs for skilled adults are not much more plentiful. The drug trade beckons as a fast solution.

Both of the directors come from a documentary background. From their point of view, the slice of life they carved from the frozen potato country of the far north had to be authentic. The two film makers coaxed great performances from the two leads Cohen and McAuliffe. They exude a combination of brilliant childish instincts and catastrophic teenage compulsions. They do not have to be told that they must leave van Buren, but that is easier said than done. Family ties and romantic entanglements reach out to snare them at every turn.

The background is a harsh reality of monstrous and faceless freight trains, over-the-road trucks and mechanized farm equipment. The people who work the land in this part of the world are as tough as the machines they drive, and that drive them. To be late for work is the same as being late for harvest. Being late for harvest meant possible starvation and death for the tardy family just a few generations ago. Those old ways still stick even as the internet is rapidly making it impossible for the younger generation to ignore the outside world. The “moosafari” may have been enough for the last generation but there is just too much in America’s big cities to ignore.

Nothing in the backdrop for this film is new or shiny. The pickup trucks are dirty and rusted, things of utility rather than things of beauty. The shots are close-up and personal, looking into the eyes of the teenage characters, eyes that reflect uncertain futures and, in many cases, pasts that are better forgotten.

The price to be paid for this is leaving families, lovers and tradition behind. This is no longer a matter of who will buy the next six pack or fuel for the potatoes launcher. This is about forging a new life and making it work, on your own. In this case, Casper and Dom are finding out, again and again, that all they have is each other. The problem is that they are not sure if they can live with each other, or if they can live with their dream life in the big city. The future is as scary as it is thrilling.

Along the way there are brushes with the law and a third option presents itself, in addition to the potatoes farms and a chancy urban gable. That option is Federal prison and the local drug enforcement officers are all too willing to make that option a reality. They show no more mercy for young smugglers than does the icy wind, the pouring rain or the rocky potatoes fields. Finding the perfect garage for the setting of Clayton’s drug smuggling operation, the film makers are making final preparations a week before shooting when the owner of the garage is arrested by DEA agents. Sometimes making an authentic film bring the film makers closer to reality than they would wish.

The boys hide their money in an old, falling down, abandoned house that they are systematically trashing as the time comes for the abandonment of their past and the final pursuit of an uncertain future. As the house crumbles the boys see their own lives crumbling at the same time. There are hard decisions to be made to get out of the house before it collapses around their heads.

A cautionary tale, this is not a fast moving film. It fact, it is probably too slow for the most important potential viewers, teenagers, to watch. Nonetheless, the action of the two male leads is charismatic and may make the difference for this heart rending tale of a bright new world. 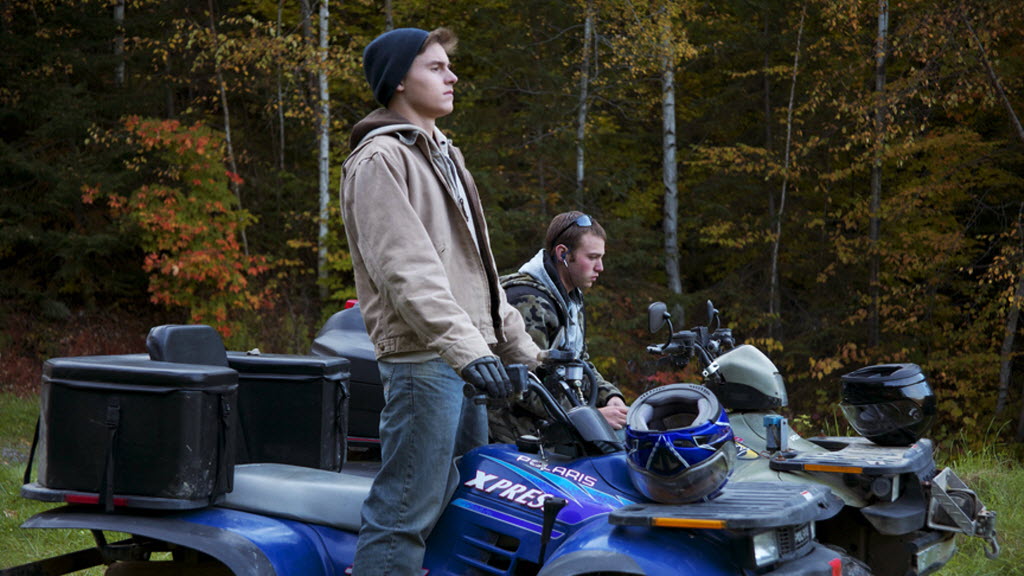