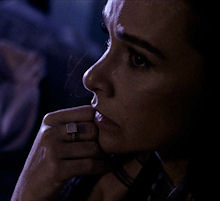 “Haunt Squad” TV reality show host Jack Wilson is in a tough spot. Like many horror show heroes, he is faced with losing his money, his house, his family, his dog and his TV show if he fails to make a big score. He needs a hit and he needs it fast. Luckily, one of his crew recalls a juicy story of a mass killing at a summer camp. Looks like just the thing. The problem is, as the local sheriff tells it, “You…, me…, we…, well the whole town…, just want to leave it in the past.”

Out-on-limb teams up with a solid revenge motive, black witchcraft and unhygienic zombies in remarkably dirty water to launch the first excellent B-horror movie of the year. Camp counselor turned wicked witch of the west treats the kids first to some electric Kool-Aid and then scuba lessons without the tanks. The result is strange bubbles in remarkably dirty water, some well-deserved hatchet work, surprise swims off shaking bridges and a camp mom a couple corpses short of a full house.

Soon, the requisite souls come down the creepy, deserted lane, desperate to film some heavy possessed murder haunting. Lucky for us, they come complete with cameras and monitors so real-life director Andy Palmer (2018 Shriekfest Award Winner) can show us the mayhem in a variety of shaky, grainy, spy-cam images that cooperate nicely with possessed murderous spirits who do not want to be seen all too clearly. Add a bushel of jump scares, a handful of bad dreams, two innocent kids and let’s get this party started.

Danielle Harris (“Halloween” franchise) plays second in command but Candice De Visser (“The Funhouse Massacre”) as mousy assistant Emma steals the show. Acting the nerdy script girl while passively guiding the foursome into a murky past best left in the past, and remarkably dirty water with bubbles and unhygienic zombies, she is playing a dangerous game. Righting past wrongs is one thing but turning over innocent children to the Hatchet Faced Woman is something else again.

Possible Oscar nomination for art design for occult graffiti that tells the whole story. Drawn in circle-triangle witch language, the translation is “come here with cameras and leave minus your weeny white-bread souls.” In a key plot twist, Emma’s hunch that covering them up with duct tape will quell the murderous Hatchet Faced Woman meets with mixed results, as Jack finds out when Emma picks up that really big rock like it is a piece of styrofoam (spoiler – it probably is styrofoam).

Teen Choice Award winner lead Chad Michael Murray does a good job despite a script that condemns him to play a consistently confused schmoe. Doug Van Liew is excellent as the sheriff, despite his bad advice to leave the past alone. Possible Oscar nod for set design for really dirty water. Come to camp, but skip the swim lessons.