Review: Children of the Night 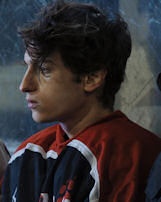 Giulio and Edoardo are troubled teenagers trapped in the terror of adolescence. Their families have abandoned them for the pursuit of riches and the boys have been left entirely on their own. They are transported to an isolated boarding school deep in the snow-covered forest and miles from the nearest town.

The other boys in the school are afraid and withdrawn. Even the bullies see with their eyes turned inward, clouded by hockey masks and macho paraphernalia. School athletic uniforms disguise and covers the inadequacy of the spirit. The campus leaders seem to be reproaching themselves for lives they cannot escape or explain but which have inexplicably landed them in a place of ultimate control. Or are they being controlled? Here everyone has security and a chance to be themselves, but the cost is indeterminate.

Struggling against their emotional shackles, desires to be free in their thoughts and actions, the two see others scurrying off into the dark forest in the night. Such forays are so forbidden as to be unspoken. Not only are they violating the rules of the school, but they are violating the taboo of the young. Speak when on is spoken to and do as one is told.

The entranced group scrambles through the wet snow and dark trees and stumbles onto a mysterious brothel, populated by young women and older male strangers. Although the boys develop a relationship to the milieu, there is a sense that secrets remain. There is a sense of freedom, but it turns out to be another dimension of imprisonment. When physical doors are opened, the emotional cells and bars remain.

An abandoned floor of the school, forbidden to the students, reveals rooms covered in plastic sheeting. Void of human presence and cold as the snow and ice bound woods, the gauzy, semi-opaque partitions echo the marginally accessible recesses of the psyche. Pushing back the filming, clinging plastic allows only the limited view of the next clouded place. Closeted within these spaces are the spirits of previous occupants who failed to break out of their emotional strictures. The boys are exploring the forbidden, pushing the limits of their restrictions, but we feel as if their minds are still in prison.

The more the bounds are exceeded, the more the walls expand and flex, but they do not break. The occupants of the strange school and bordello will have to find methods of escape that transcend the physical. Some will find that escape, but at the expense of others.

“Children of the Night” features strong performances by Vincenzo Crea and Ludovico Succio as the students and Fabrizio Rongione as their master and councilor. Andrea De Sica’s direction is sound and backed up by suitably dark and moody sets and cinematography. A fine piece of work stripped of fleshy comforts. 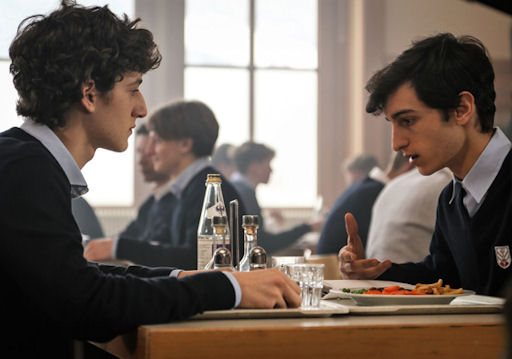