Writer/director Joshua Marston won the Silver Bear at Berlin in 2011 for Best Screenplay for “The Forgiveness of Blood” (shared with Andamion Murataj). You would never know it from “Complete Unknown,” a self-absorbed essay on the foibles of New York’s advantaged class. 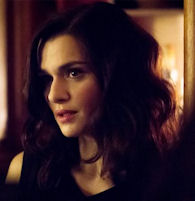 Co-written with debut screenwriter Julian Sheppard, the screenplay features Rachel Weisz as Alice Manning, a woman who changes identities as often as others change their clothes. Her creative and flexible outlook causes her ex-lover Tom (Michael Shannon of “Boardwalk Empire” and “Elvis and Nixon”) to reconsider his stubborn stance on his wife’s acceptance to a prestigious art program on the opposite coast.

Thank goodness for the selfish, anti-social, psychotic point of view. As it turns out, this film falls into that sad category of New York films for which self-absorption is the lingua franca. The movie starts out with the casual dinner party of the successful upwardly mobile New York elite. Realistically enough, the sheltered academics at the party, clerks and budding artists we understand (how do they afford the three million dollar flat?), believe every yarn told by Alice. Although they are thoroughly entertained about her stories of discovering the first new North American frog species in a century and working for Chinese magician, Tom is not a believer.

This is because Tom knew Alice before she suddenly disappeared 15 years earlier without a word to her friends and family. She left and reinvented herself as a series of different people. Just as she was heedless as to the feeling of others then, she is amazingly heedless of Tom’s feelings now. She finagles a meeting that gets her to the party. No phone call or e-mail, she just shows up. Instead of being a little amused and mostly saddened at this pathetic display, Tom is flummoxed. He is amazed. In spite of being a successful white collar professional, he has never heard of mental illness before.

Anybody who saw Michael Shannon in “Boardwalk Empire” or “Elvis of Nixon” knows he can act when he is forced to do so. If he is not forced to act, he is quite capable of keeping the same expression throughout an entire feature film. If you do not believe that, see this one. Rachel Weisz is thoroughly professional as Alice, but her role in this film does not allow her to carry the movie by herself. The resulting non-existent chemistry ensures that the film stays as a New York travelogue and nothing more.

To make sure the NYC background sticks, Kathy Bates and Danny Glover are recruited as a character couple living down the block for about five minutes of screen time discussing here back problems and his Haitian barbeque. How they were roped into this cast for five meaningless minutes is beyond comprehension.

The point of the story, revealed in a monologue by Alice at the end, is that she feels trapped when people know her for who she really is. To the extent that people like this actually exist, it is good to know about them in advance. But that factoid is not a movie. Film-maker Marston needs to move on from this one. 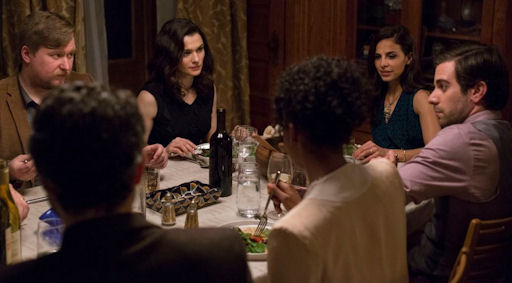