Louis Drax (well played by Aiden Longworth) fills the first 15 minutes with the narrative of his life to date. Eight years and eight near fatal accidents. He has contracted food poisoning of every variety, nearly electrocuted himself, was crushed in his crib by a falling chandelier and had a couple nasty cliff falls, among others. He is now in his ninth year and amazing positive about the whole thing. The same could be said about this understated mystery thriller. It starts off as an amusing adventure and ends up grabbing the viewer by the throat.

Anyone who paid attention to the “R” rating knows this is not going to be the story of Louis’ adventures in summer camp (BTW, that “R” rating is without almost any sex or outright violence).

Based on the novel by Liz Jensen, Max Minghella crafted this slim and smooth screenplay narrated in large part by Louis himself. His mother Natalie (Sarah Gadon) and his father Peter (Aaron Paul from “Breaking Bad”) stay well in the background until the end of the tale, as does child coma specialist Dr. Allan Pascal (Jamie Dornan of “Fifty Shades of Grey” and “Anthropoid”). In the end, they are all brought into play by the mysterious forces emanating from the comatose Louis.

As in any mystery thriller, the audience is set up to believe the wrong thing, or several wrong things, and then hit with the full force of the truth. It is the strangely upbeat narrative by Louis that does most of the work. A great part of the movie is on the shoulders of Longworth and pulls it out of the fire. By the end of the film, the audience is able to see the whole story completely through the boy’s eyes. This results in a powerful impact.

Molly Parker (“House of Cards” TV series) is a key supporting actor as the good cop Dalton. Sher cautions everyone, including the viewer, to not believe everything they hear. “It’s for your own protection.” Rightly so, but as carefully executed by director Alexandre Aja we do not believe a word she says. We have our own opinions, but then adults always do. Adults talk and have opinions while children “know more than we think.”

By starting off with Louis in a Huckleberry Finn boy narrative with the adults protecting him and ending with Louis the omniscient and the adults as feckless children, Aja and screenwriter Minghella turn the tables on us. Admittedly, the story requires a little forgiveness in the beginning. We have to believe that a child could go through what he goes through and still be alive and his family still be intact. Where was cop Dalton after the third or fourth nearly fatal accident? There is a little bit of social criticism thrown in along with the scary ending. 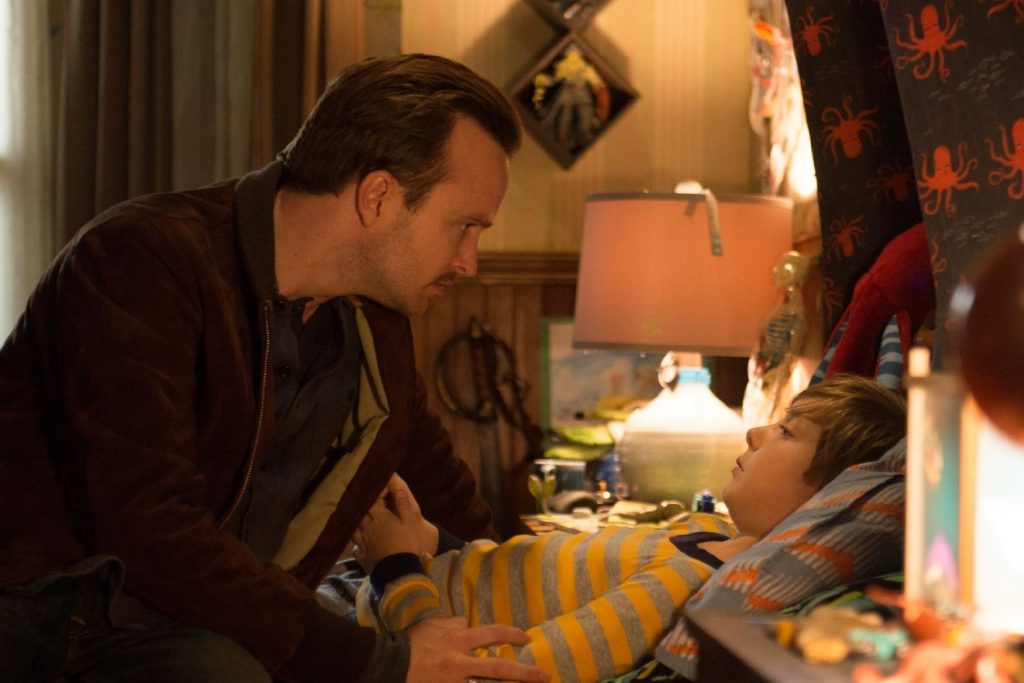