Not just another android gone bad, Luke Scott’s neo-Frankenstein soft peddles the techno-babble and gets right to the point. Artificial human female Morgan is acting up and something must be done. “Risk Management” specialist Lee Weathers (Kate Mara) is dispatched to the research site to get a first-hand look at the problem child. One look at Weathers and we know she has not been sent to fill out insurance forms. She is all about business, something the rest of the characters seem to have forgotten. 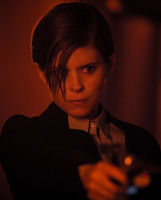 Morgan (a great performance by Anya Taylor-Joy of “The Witch”) is an androgynous teenage robot that has come to combine the worst aspects of Regan in “The Exorcist” and H.A.L. 9000 in “2001: A Space Odyssey.” She likes opera (remember the opening scenes of “2001”) and always has the right word for the right time. Too bad her vocabulary is increasingly containing words such as “sorry” as in “Sorry I bit his throat out.” Despite of this, the local research staff is mysteriously taken with her.

This is a powerful bit of message in Seth W. Owen’s screenplay. The robot has developed sufficient intelligence to mine the most sensitive parts of hyper-intelligent humans: their egos. Now that the PhD’s have tied their personal validation to creating the perfect artificial human, they are loath to see the experiment undone, even as they start dying marvelously creative and graphic deaths. As one would expect, corporate greed is behind all this. Like “Jurassic Park,” sometimes those bright pennies turn into fatal time bombs instead of fat bank accounts.

Weathers sees through the human frailty but soon she is fighting the entire staff of nincompoops and the raging automaton at the same time. As Morgan’s explanations become more and more H.A.L. like, her powers to terminate become more lethal. This allows a very nice upping the tension as the film progresses. This is not just another terminator flick; it is a genuinely well executed horror film with the tension rising with every scene. Just when you think it is over, it ain’t over.

The film features fantastic supporting performances by Paul Giamatti, as the corporate psychoanalyst who learns a thing or two about bedside manner, and Toby Jones, as senior doctor Simon Ziegler. Veteran actor Jones stacks this great performance on top of his power packed appearance in the recent “Anthropoid.” Other minor supporting actors have short but well executed roles in this thriller.

Strong breakout efforts by director Scott and leads Taylor-Joy and Mara make the film work. Cinematographer Mark Patten joins the kudo list in his second feature length film as DP. He was not asleep as second unit and motion content DP for “The Martian” which scored Oscar nominations for Visual Effects and Production Design. This film, done for a fraction of that production budget, is lean and mean in the lenser department, and everywhere else. 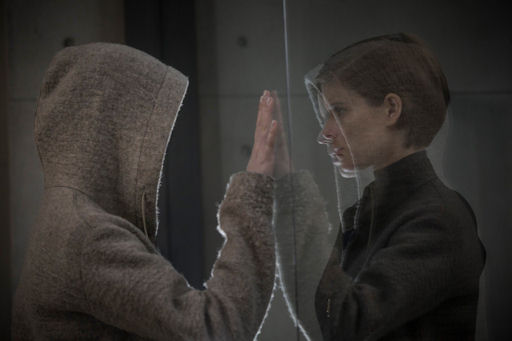