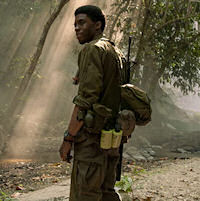 Vietnam, like slavery, is a scar on the American conscience. How four guys, approximately 50 years after serving together in Southeast Asia, were affected by their service is the story of this intense, ambitious film by the greatest director, Spike Lee.

Lee brings together the racism, the atrocity, the insanity, and the brotherhood combat magnifies. Maybe war illuminates what was core in a person in the first place. Or maybe it creates it.

The tension-ridden ensemble cast is energized and inspired by Lee’s direction. Each distinct character jumps off the screen. Each one represents a slice of the Black young men back in the day – ill-prepared, like all the rest – to be the fodder of an unjust, unprovoked, undefined war. Thrust into the muggy air teaming with insects and unknown enemies, they could only count on each other to survive.

Implausibly, they are out to find a buried treasure they left behind so many years ago. Of course, this might just be Spike Lee using a metaphor for lost youth or innocence, but literally, it is a box of gold bars.

I don’t think Lee needed this literal goal, but it easily propels the plot and engages an audience. Myself, I was much more interested in the girlfriend Otis (Clarke Peters) had left behind. Her Madame Butterfly story bookends the film in an analogy of what America used and abandoned.

As an aside, there are all kinds of references that some might miss. For example, the names of the 4 Bloods are the names of guys considered the classic members of The Temptations: Paul, Melvin, Otis and Eddie. The 5th Blood was Norman Whitfield, the writer of all their songs,

Full of energy, passion, and music from Motown, “Da 5 Bloods” is as intense as it is full of political innuendo and realism. That both The Golden Globes and The Academy Awards snubbed this film, its director and all its actors is only another slam at the legitimacy and integrity of both award institutions. 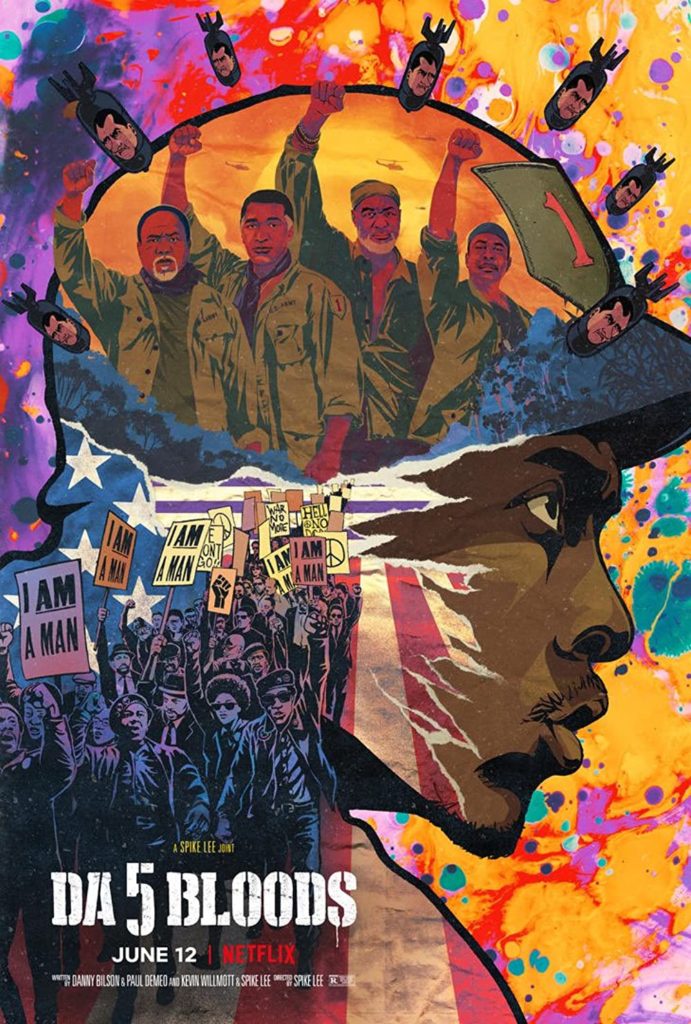