They came from all 50 states, many on chartered buses in the dark of the early morning. One quiet group solemnly recited the Pledge of Allegiance. They were gathering for a “Save America” march in response to what they understood was an illegal ratification of a fraudulent election. They believed they were coming to save our democracy.

By 1:00, their rally devolved into an attack on the Capitol Building and Congress. Especially virulent was the threat to the Vice President, replete with a noose dangling from a scaffold.

Deniers say it was a peaceful protest led by Antifa, led by the FBI, or led by agitators who had nothing to do with Donald Trump. Some say it was a story made up by Democrats. But after a six-month investigation of one thousand videos, police audio, and phone videos from people in the crowd commemorating their participation to take back “our house” (the US Capitol Building), “Day of Rage” was created.

A Few Questions
What do you think? Anyone can see this 41-minute documentary for free at the NYT website or on YouTube:

Just from the documentary, how does this look to you?
Who was responsible for this rally that became a stampede?
How well has the NYT delivered the visual facts?
Why didn’t Donald Trump or anyone else call the National Guard?

Where Were Reinforcements?
What the doc clearly shows is that a crowd gathered to protest the 2020 election on Ratification Day, Jan. 6, 2021. It was a march to protest the official vote count in Congress, a rally to show support for Trump and/or a demonstration against what attendees regarded as a gross over-reach and corruption in government.

In the US, we certainly have freedom of thought and conscience as well as a right to gather in peaceful demonstration. On any given day at the National Mall, there are groups protesting or supporting myriad issues.

But while The Constitution allows for demonstrations and freedom of speech, this does not mean people are free to escalate into a riot causing harm to people, places and property. A peace-keeping contingent of police and national guard has to be there to ensure the rest of The Constitution is also enforced, like the part in the preamble guaranteeing life, liberty and so on.

Why weren’t reinforcements to the capitol guards ready and waiting? After all, we now know that over a million messages had earlier flown over social media outlets “to storm the capitol.”

The Narrator with the Irish Accent
Malachy Browne’s calm Irish voice narrates this film. An acclaimed investigative producer and director, Browne, born and educated in Ireland, has been involved with stories on Russian airstrikes on Syrian hospitals, the Las Vegas Mass shooting, chemical weapons attacks in Syria, the murder of Khashoggi and the murder of a Palestinian medic. His work has won numerous awards, including four Emmys, the 2020 Pulitzer Prize and a finalist citation in the 2017 Pulitzer Prize. “Day of Rage” is a finalist for the duPont-Columbia Award next month and was a Critics Choice nominee in November.

Browne’s CIA-like reporting strategy “includes a new form of explanatory and accountability journalism being pioneered at The Times.” He has access to advanced digital forensics like cell phone videos, satellite pictures, social media posts, police scanner audio, and 3-D reconstructions of crime scenes to augment the accuracy of his reports.

An Aside
What if the Jan. 6 attack had been an orchestrated by a foreign country or a branch of ISIS? Is our capitol so vulnerable and easily breached? Could the building have been bombed? Could our legislators have been kidnapped or killed by any foreign agents or home-grown radicals? Could we be so easily taken over?

Critically Acclaimed
“Day of Rage” is an example of excellent visual reporting. It has been nominated for the Critics’ Choice Documentary Award and the duPont-Columbia University Journalism Award. It has also been short-listed, out of 82 films, for the Documentary Short Subject Award for the 94th Academy Awards.

The Bottom Line
“Day of Rage” will become a classic film on a demonstration gone berserk. It is an American duty to see this film and then decide for yourself what the heck is up and what we can do about it. 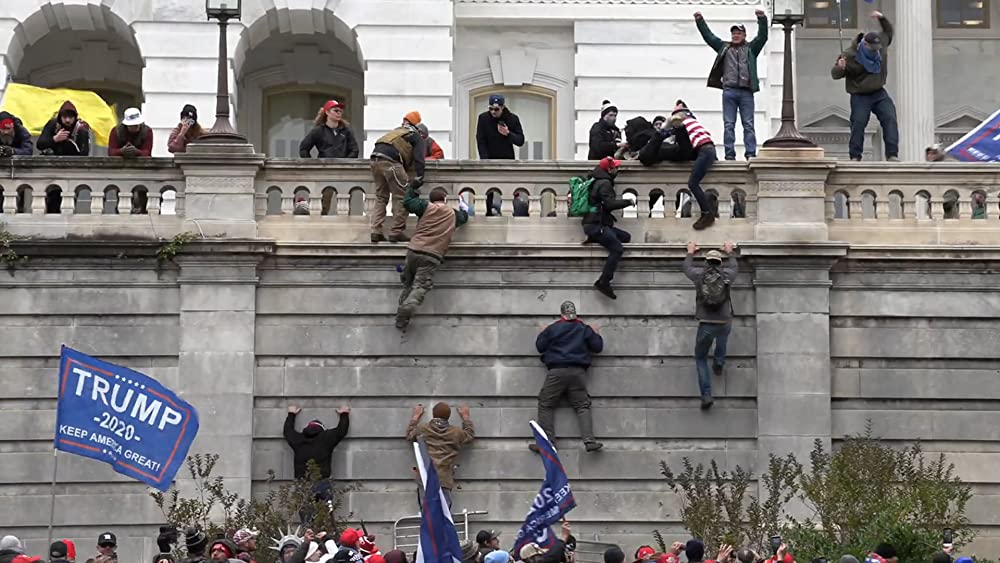