“Despicable Me” was a global success on all counts. Not only did it make more than $540 million at the worldwide box office, but was a tent-pole film that launched the new animation studio Illumination Entertainment onto the map of major contenders in animated films. The movie has thrived since its release in 2010 and has become a favorite for many families, so it was no surprise a sequel would eventually be made.

“Despicable Me 2” is landing in theaters this week, just in time for the Fourth of July holiday weekend, and dual directors Pierre Coffin and Chris Renaud are hoping to recapture the many achievements the first film accomplished. Will lightning strike for the second time for Gru, his adorable adoptive daughters and the cute minions, or will “Despicable Me 2” turn into one of the many clichéd sequels that make audiences wish they were seeing the original instead? Read on and find out.

This is our second adventure with Gru (Steve Carell), the loveable but still odd ex-villain who has traded his conquests for world domination for little girls’ birthday parties and a legitimate business. He has never been happier than he is with his daughters, Margo (Miranda Cosgrove), Edith (Dana Gaier) and Agnes (Elsie Fisher).

When Gru is approached by agent Lucy Wilde (Kristen Wiig) from the Anti Villain League to help track down a new villain who has stolen a formula capable of transforming anyone or anything into an indestructible monster, he is apprehensive at first, but eventually gives into his craving for adventure. Will he be able to work as a good guy and help save the world, or will he be tempted to revert to his villainous ways?

“Despicable Me 2” has many successes and a few downfalls, and right off I will say that the story-line and axis on which the entire film is based feels less important of a transformation for Gru and more like a chance to go on an adventure again with these characters. So while the story-line was not up to par with the first film, it is just as funny and filled with as many laughs as the original. 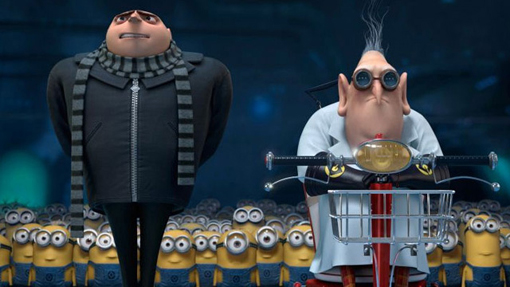 While the bad guy is more menacing than Vector was, his character has less impact as we are shown very early on in the film who the bad guy is and then when the big reveal happens, nobody is surprised. While kids ages 11 and under will be just as entranced ny “Despicable Me 2,” adults might find it slightly more tedious to watch on repeat at home when it eventually goes to DVD.

What Illumination Entertainment did right was take the many aspects of “Despicable Me” that were fan favorites and give us more of them in this sequel — mainly we get a lot more minions. In this second film, the minions are front and center and we get a clearer look at a larger group of individuals with names and their own personalities.

Another positive to the film is the return of great voice actors and an addition of many new ones as well. Kristen Wiig brings the awkward and weird Lucy Wilde to life in addition to many other fun side characters voiced by Benjamin Bratt, Steve Coogan, Ken Jeong, Moisés Arias, Russell Brand and Nasim Pedrad. The animation appears to look even better this time around as I noticed more details and the 3D is well used in a few key action scenes. Just like with “Despicable Me,” the 3D is fun but not necessary to enjoy the film if you don’t want to watch it that way.

I am torn because I did like the film and think we needed a sequel to the amazingly fun first film, but I also wish that there would have been some more work on the script to make a movie that was just as important of a journey for our main characters. Then again, how can you possibly top a villain turning into a loving father? For now, it appears you can’t, but if they do choose to make a third film in the franchise I hope they take a little longer to find a winning formula that will makes us glad to go on a journey with these characters once again.

While I will say fans of the first film will enjoy “Despicable Me 2,” it won’t become an instant classic like the original and the adults in the audience might be slightly less amused this time around, but kids will love it and want to watch it multiple times over the summer. 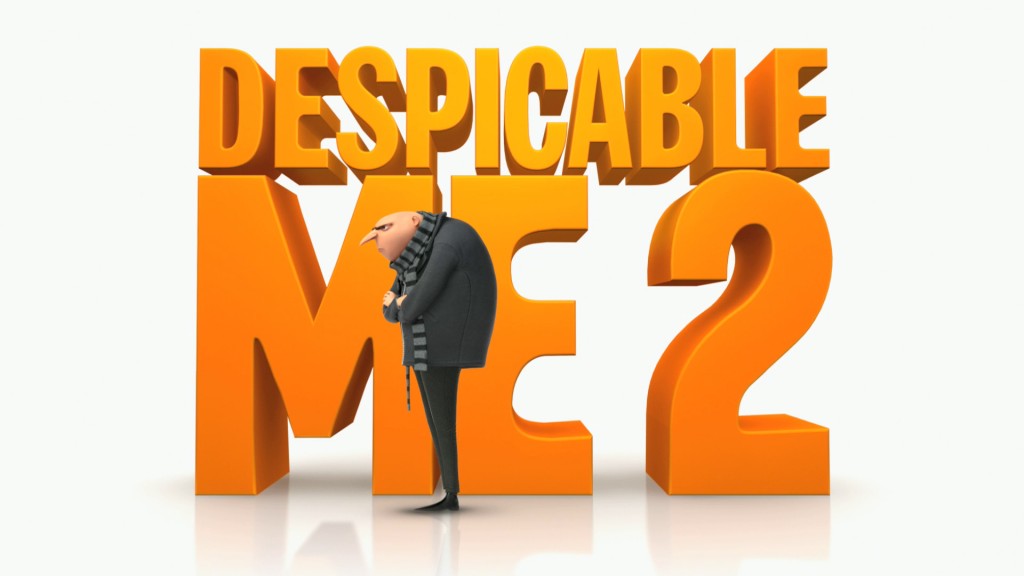 “Despicable Me 2” is rated PG for rude humor and mild action and invades your local theater July 3. You can see the film’s trailer HERE.