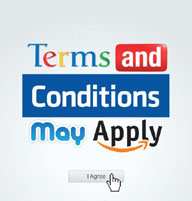 I’m glad we caught the bros who bombed the Boston Marathon so quickly. Surveillance cameras and private cell phones did their job. This act of wanton hurt is justification for an entire camera grid of all streets, malls, schools and government buildings. Yes, it sounds like Big Brother, but if you’re not up to Big Trouble, this should be a positive step towards individual safety – and in that way, individual freedom.

Also, I don’t care if specific advertisers target me as long as I get free access to email, Google, Facebook and a myriad of other Internet programs and services. Ignoring the extraneous ads is an insignificant price to pay.

But that is now.

Forty to sixty years ago if I had been recorded in my classroom teaching the same things I do today, like the misuse of power during the McCarthy era or the debacle of US involvement in Vietnam, I would have been called into the principal’s office and summarily fired – union or no union – on the basis of being a communist or subversive radical rather than promoter of critical thinking, political analysis and the facts.

The point is, times change. It may be no big deal right now to the majority of us that all our digital communication is being stored in a government building in Bluffdale, Utah. Our political and religious beliefs, our social values (and actions) and our speech plans for the next political rally can all be accessed. Watergate, spying on opposing party records, was no big deal compared to this.

But what if we have a political majority who wants to invade a country and some of us disagree about that? What if there is some kind of Patriot Act that sees disagreeing with some government policies as treason? What happens to the first Amendment on free speech? And then, my friends, what happens to democracy and the land of the free?

Cullen Hoback’s “Terms and Conditions May Apply” is a film that innocently begins with all those long contracts you agree to – all those agreements you have absolutely no time or interest to read.

From info on Google policies, it slides into FB and Mark Zuckerberg. In the finale Cullen’s doc ends with a piece on Edward Snowden, who revealed publically to The Guardian (the Washington Post originally deferred) the extent to which the US is caching all our digitalized info.

Like George Orwell’s Winston, we are being tracked. Records of reading this written review, posting on FB and curiously searching on Google are all stored in Bluffdale. Big Brother = Big Trouble. As Ben Franklin once warned, “Those who surrender freedom for security will not have, nor do they deserve, either one.”

“Terms and Conditions” opens in theaters on July 12, 2013. It’s your civic duty to take the whole family.