Review: Fabian: Going to the Dogs 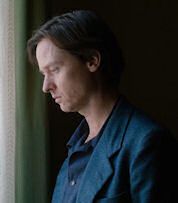 It’s the late 1920s in Berlin, Germany. The Wiemar Republic is beginning to crumble under the multiple onslaughts of a failing economy, social disintegration, and the rising Nazi party.

Jakob Fabian (Tom Schilling) is a young man from Dresden who has moved to the capitol to seek out a fast-paced modern life and to write a novel. Despite his university doctorate, he works in the advertising department of a cigarette manufacturer – work he finds degrading, but at least he does have a job. Together with his wealthy friend, Stephan Labude (Albrecht Schuch), who has been working for years on his own doctoral dissertation, Fabian spends his evenings drinking and having casual sex with women he meets at hot Berlin bars, cabarets, and brothels.

One evening, he meets a girl who is working as the barmaid in a rowdy cabaret, and they strike up a torrid emotional and physical relationship. For Fabian, it is his spiritual salvation. The girl, Cornelia Bettenberg (Saskia Rosendahl) is a law student, working for a film production company. Not only is she interested in the law, she is also an aspiring actress. Fabian realizes she has some sort of relationship with a film producer Makart (Aljoscha Stadelmann). Once these pivotal characters have been introduced, the story develops slowly over an extraordinary length of 176 minutes. Cornelia’s star rises, Stephan’s falls, and Fabian develops, loses, and regains the redemptive love of his life. Through it all, the rise of Nazism moves from minor visual references to dominance.

The 2021 German film by Dominik Graf is based on Erich Kastner’s 1931 novel, premiered at the 71st Berlin International Film Festival. A previous film adaptation was done in 1980 by Wolf Gremm.

Viewers familiar with the 1966 musical, and 1972 film, Cabaret, by Joe Masteroff, its predecessor 1951 play I am a Camera, by John van Druten, or the original 1939 novel Goodbye to Berlin, by Christopher Isherwood, will see similarities. Both novels are semi-autobiographical recounts of that late ‘20s early ‘30s period as Germany devolved into a National Socialist state. Interestingly, Kastner’s works were burned by the Nazis as typifying the degenerate society they were replacing. Despite this, Kastner never left Germany, preferring to remain and chronicle the rise (and fall) of the Third Reich. He outlived them all, dying in Munich in 1974.

Director Graf carefully underplays his characters, the result being much more nuanced, realistic performances by all the actors. This is particularly evident when comparing it with the over-the-top performances presented in Cabaret.

The cinematography beautifully portrays the period, without being overly lush. City archival film from the actual time is interspersed with current photography to set the tone of a bustling metropolis balanced on the edge between the hopeful evolution of a modern, free society and the tragic backward slide into repression and barbarism which in fact followed.

This is a fine film, typical of its European origin, but it does require real devotion to sit through its nearly three hours (I took it in in three separate stints). However, that is the only way to really appreciate the dramatic impact of the story, and is well worth it. That said, this film is unlikely to find a mainstream audience in a world that currently ironically finds itself balanced on a knife’s edge. 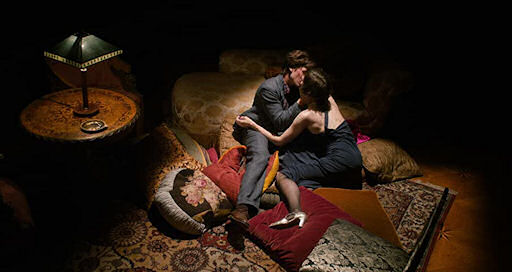 Fabian: Going to the Dogs opened in October 2021 in the USA at the Chicago International film Festival, and in March 2022 in Los Angeles. It is currently playing at various art houses across the country.