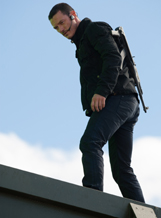 Not many action franchises can tout an impressive six films over 12 years as “The Fast and Furious” can. While every entry in the franchise might not have been a highlight — and some even fell short of being decent movies — this franchise has made many of its stars household names and launched quite a few movie careers.

With director Justin Lin returning for his fourth (and final?) venture into the world of fast cars and big action, will he be able to steer this franchise to new heights? Keeping this sixth installment on track and managing to capitalize on the nitrous oxide injected back into the series with 2011’s “Fast Five,” Lin proves that while there are many miles and some damage on this old car, there is still some gas left in the tank.

The return of every main character, mixed with bigger and longer action scenes than ever before, will leave fans of this franchise pleased with the result that is “Fast & Furious 6.”

After their big score in Rio, Dominic “Dom” Toretto (Vin Diesel), Brian O’Connor (Paul Walker) and the rest of thes crew of professional criminals have retired and made homes across the globe. Living the high life on the spoils of their $100 million dollar score, things seem to be perfect. Brian and Mia have a new baby and uncle Dom lives nearby. All that changes, however, when they are tracked down by their former pursuer, DSS agent Luke Hobbs (Dwayne Johnson), and his new partner Riley (Gina Carano). Hobbs asks the group for help in finding and catching Owen Shaw (Luke Evans), a former British Special Forces officer turned mercenary, and his crew of professional drivers who turn cars into weapons during heists.

When Hobbs offers pardons for Toretto and his entire crew if they can help capture Shaw, they are off to London to help track down and catch this terrorist before it’s too late. The appearance of a familiar face working with Shaw, and the possibility of a reunion, is an added bonus for Dom as he must keep the sensitive balance of a dangerous mission while also protecting his crew, which he considers his family. One thing’s for certain, the group has never faced odds like this before.

I was a fan of the “Fast and Furious” franchise from the start, but after the first two films, I felt the next few lost their steam. But 2011’s “Fast & Furious” – which combined a thrilling story with the return of most of the franchise’s major characters — made my appetite for these movies return.

If you are not a fan of any of the previous films and want to watch this one, don’t. This movie is fast paced, action packed and fun, but the stunts and scenarios these characters get into are over-the-top and ridiculous. But the film acknowledges this fact in many ways and that’s why you can sit back and enjoy it. If the moviemakers and cast don’t take it so seriously, then why should you? This is truly a summer blockbuster that isn’t trying to be what it’s not. Yes, it has its faults, plot holes and a villain that can seem generic, but in the end the movie is easy to watch and enjoy.

The cast is larger than ever with every major player we have seen on the team before plus a few extras as well. As usual, Vin Diesel is the leader of the group and his family consists of Paul Walker, Jordana Brewster, Tyrese Gibson, Chris Bridges, Sung Kang, Gal Gadot and Ludacris. Vin Diesel’s character Dom is all about family and loyalty — a theme that has run strongly through every film in the franchise he has appeared in. The chemistry between the cast is as great as usual and the friendship and bonds they have developed over the years are apparent in every scene.

While Dwayne Johnson was a welcome addition the past two films, I feel that the newest team member, played by Gina Carano, was marginally underutilized and only seemed to get a few scenes in which she was able to show off her talent and kick some butt. Luke Evans was a decent villain and fun to watch play cat-and-mouse with the crew, but it really didn’t matter since people go to see these movies for the action and the cars.

“Fast & Furious 6” may not be the biggest hit of the summer, but it is in line with the top of the series and will spawn more films as long as it’s successful in the coming weeks. The seventh film in the franchise is in the works and is rumored to be taking the racing crew across to the sands of the Middle East. Could our group start working with the United States government and start tracking down terrorists next? Only time will tell.

“Fast & Furious 6” roars into theaters May 24. It is rated PG-13 for intense sequences of action, violence, mayhem and brief language and sexuality. Don’t forget to stay through the credits as there is a little extra scene to enjoy. 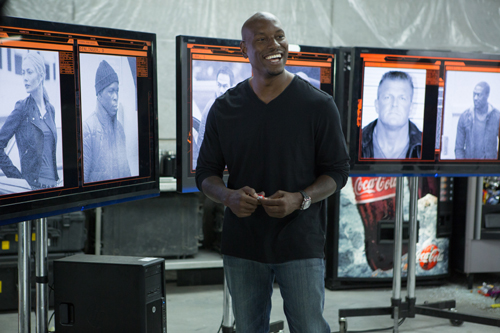