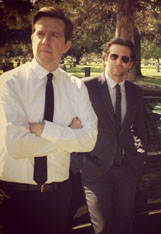 When “The Hangover” opened in 2009, nobody saw it coming. It was one of the biggest surprise comedy hits in years and become one of the highest-grossing comedies of all time. It was so off the wall and raunchy that it was a breath of fresh air in a genre that seemed stuck to formulaic and by-the-book humor and gags. The 2011 sequel went about the same route, this time transferring the action to Thailand, but they seemed to do the same things as the original and this time it felt stale. The shock factor was gone and with it went the majority of the laughs.

Well, director Todd Phillips is back to give us the conclusion to his trilogy with “The Hangover Part III,” which is using a whole new formula to tell the story. Fans of the series will enjoy the character development, but outsiders joining the party won’t seem to get what the hype was about. Will this conclusion make fans happy to be done with these characters or leave them clamoring for more?

It has been two years since the infamous events that took place in Las Vegas and everyone seems to be doing pretty well — except Alan (Zach Galifianakis), who has gone off his medication and become completely impossible to live with. So his family stages and intervention and tells him he is going to a mental facility in Arizona, and that his friends, “The Wolfpack,” will be driving him there.

So Doug (Justin Bartha), Stu (Ed Helms), Phil (Bradley Cooper) and Alan are off on a simple road trip together, that is until they are ran off the road by masked men. There leader is a mobster named Marshall (John Goodman) who was robbed by Leslie Chow (Ken Jeong) for $21 million in gold bricks and he is holding the group responsible since Alan was in constant contact with him while he was in a foreign prison. He holds Doug hostage and gives the men just a few days to find the shifty Mr. Chow and recover the gold or Doug will be killed. In a race against the clock that will take them scavenging thru Mexico and then back to Las Vegas, it will all end back where it first began.

I’m having a hard time even trying to describe the movie because it was just so disappointing. It’s hard to pick what I didn’t like about the film, but there was so much I will just start with the most obvious failures — it just wasn’t funny. Nearly every laugh-inducing moment was in the trailer and the comedic felt forced and not organic. Besides all of that, this third movie takes the franchise’s two most annoying characters — Alan and Chow — and makes them the focal point of the entire film, with the rest of the group becoming background players. While the chemistry between all the guys was still there, it felt like Bradley Cooper and Ed Helms realized that they had been downgraded to supporting players and their performances show it.

Were there a few laughable moments? Yes, but not anywhere near the standard set forth by the original.

Now, I know that I personally hated “The Hangover Part II” because it was just a carbon copy of the original set in a new location, but “The Hangover Part III” completely ditches the formula of a drug-induced amnesia and goes for a straight-forward storytelling aspect — and completely misses the mark. This comedy turns into an action and chase movie and I was hoping for it to be something else.

There will be those who just laugh at every joke and who love the characters so much they won’t care, but we are being told to care about Alan on his journey but his constant abrasiveness and unwitting actions make it hard to connect with him. Ken Jeong gets to really expand his character of Mr. Chow in this latest installment, but he is so over-the-top and completely reckless it makes him the one person I like even less than Alan. Since this movie chooses to focus solely on these two characters, it made it impossible for me to enjoy this sequel.

The tone in the film also goes darker, with multiple people killed in cold blood and for a comedy that is already struggling to be funny, it makes enjoying the film that much more difficult. There were a few rays of light in the multiple cameos the movie has — which bring back characters from past installments — but the biggest and nicest surprise was Melissa McCarthy’s pawn shop owner Cassie, who stole both scenes she was in. She might be just as crazy as Alan, but she was genuine and funny and I wish the movie had more moments with her.

Overall, I can say that I am glad this is the final film in the trilogy because the actors and writers have obviously lost the edge they had at the beginning. I would suggest you skip the movie unless you were a diehard fan of the first two and must see the group on the big screen once again. I will warn you that it is so different in the way the story is told and the comedic stylings that even the biggest of fans might not find it that appealing.

I suggest that those who really want to see the conclusion wait for a home video release and rent the movie to save themselves some money. Just as the hangover aspect is missing from the storyline, so are the laughs and shocking moments we have previously come to know and love. 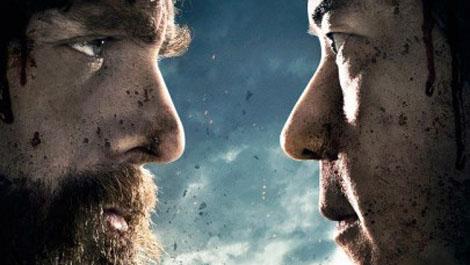 “The Hangover Part III” is in theaters now and is rated R for violence, language, drug content and brief graphic nudity. Stay around during the credits as there is quite an extra scene the director wants to leave you thinking about.