I am quite interested in the complex issues swirling around immigration because I shelter an immigrant from a third world country in my own home. As an orphan, he had no opportunity for a decent education in his home country and no prospects for a career. But after immigrating here, is he happy? 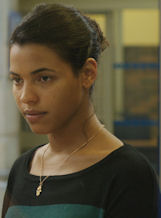 And that’s an issue in immigration films like “Fatima.” The poverty and dangers in the home country blind many to the potential challenges and sacrifices that may overwhelm them in their new western location.

In this film’s scenario, Fatima is an immigrant from Algeria who re-settles in France. At some point, her husband had divorced her and married someone else. Abandoned in the “promised land” she has three challenges: language, work and respect. Like most immigrants, as her children acculturate new values, a generational fracture is in danger of becoming a complete break

The oldest daughter, Nesrine, played by Zita Hanrot, winner of the César Award for Most Promising Actress in 2016 for this role, is valiantly struggling in school for a medical degree. The younger daughter, Souad, played with surly western arrogance by Kenza Noah Aiche, is sullen, disrespectful and rebellious. She tells her mother: “Go on! Be a servant! Let them exploit you! It’s all you’re good for. You she-donkey! Useless!”

This response paralyzes Fatima, who holds down two cleaning jobs, and is central to the immigrant story. She stoically explains that her youngest daughter feels this way because she and her young friends “live in a world that’s French and I don’t speak French. Which is why we are looked down upon. We are not respected. It’s destroying our children. They want to be proud. How can they be proud? Because of the language it is as if they have no parents. How can you talk to your father or mother if you don’t know their language?”

The two daughters provide a nice juxtaposition. One tries incredibly hard to do the best she can, but the other squanders her advantages and is in danger of being a high school drop-out.

A central problem of the immigrant experience is respect. It’s not just from their children but from the communities they were once so hopeful to join. They do not move so easily into the host country’s world. The opportunities they were expecting do not automatically materialize and learning the language becomes a daunting task. Even Fatima’s Arabic-speaking neighbors berate her when they notice her daughters abdicating traditional customs.

Just like for my own foreign border, happiness is illusive for Fatima. However, returning to their country of origin is not even a consideration. Fatima and immigrants throughout documented history have wrestled with this battle they once thought would be for acceptance and success but ends up as a battle for happiness.

“Fatima,” a French film directed by Philippe Faucon, won the Prix Louis-Delluc Award for best film. It opened in the US in New York City last month and opened in Los Angeles on Sept. 16. 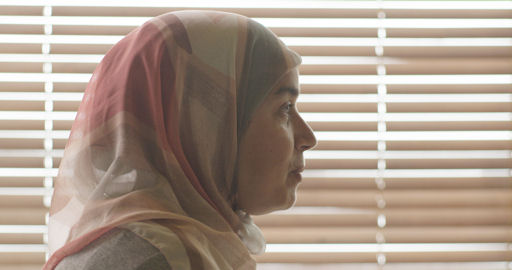