Review: Fists in the Pocket 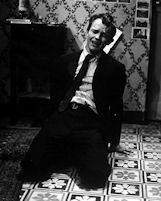 The golden age of Italian cinema is making a comeback, at least the Cineteca di Bologna and the L’Immagine Ritrovata Laboratory hope so. This freshly restored 4k B&W beauty has all the stripped down power of the spaghetti westerns and the music of Ennio Morricone to boot. Radically exploring the “what if” of the counter culture and groping for youthful guidance in a world obsessed with commercial practicality, it carries cold logic to its tragic extreme.

Lou Castel shoulders the heavy acting as the youthful Alessandro. Questioning each and every social value in existence, as we all did in the 1960’s, Allesandro takes doing his own thing to satirical lengths. The movie becomes both a funny play on the ignorance of youth and a cautionary tale of the banality of evil.

Bourgeois values play a starring role. The family car becomes an instrument of death as members struggle to understand how to drive it. Human values and frailties become mechanical failures looking for an easy fix. The car functions, but only as well as those operating it.

Marco Bellocchio’s 1965 debut bounds from the screen with clarity and precision. Each frame is constructed with balance and beauty, the stark black and white presentation made to emphasize the message. This is not eye candy, it is thought candy. Figure it out, mom and dad.

Alessandro’s brother Augusto has it all. Calm and assured, he experiences sexual freedom as well as wealth and security. With his limited vision and self-assured physical assets, he is taking the family into a middle-class 21st century despite his younger brother’s reservations. Allessandro is epileptic, another malfunction putting him into technological purgatory.

The family itself is a caricature of the “Ozzy and Harriet” and “Father Knows Best” groupings of the 50’s. Except the simple quandaries facing comfortable families with self-assured values are replaced with all-too-real intractable issues such as blindness and insanity. The typical four person family structure is replaced with four persons who each represent a failure of modern society. Alessandro is epileptic, his mother is blind, his sister is a scheming shrew and his brother is mentally disabled. It is going to take more than an aspirin pain reliever or spray on deodorant to bring happiness to this bunch.

The subjects of the film maker’s criticism line up like ducks in a row. There are the intellectuals, artists and clubby partiers all waiting their turn. Modern promiscuity, creature comforts, financial security and logical cohesions do not provide the tools Allesandro needs. The drive in the country that ends up at the cemetery tells it all. The pills take away the pain, and much more, if one uses them correctly. Perhaps that is where the problem lies. Oscar nomination for Allesandro’s mother, even as she does next to nothing and her big scene is in an open coffin. 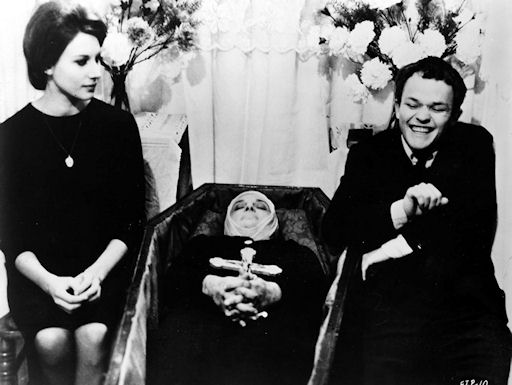