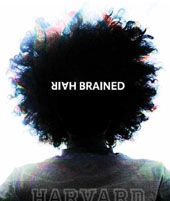 Screened at this year’s yeasty Brooklyn Film Festival, emerging director Billy Kent’s new “HairBrained” is a funny, if not hilarious, exploration of the college eccentric theme. Having taken a few years off since his modestly received “The Oh in Ohio,” Kent has substantially opened up his playing field with this intimate and charming coming-of-age story.

Unlike the Parker Posey sexual exploitation of “Oh,” the more universal and genuine phenomena of male bonding is the order of the day in this entertaining junket. Specifically, it has the uplifting message that no two guys are too weird or alienated to find friendship.

The eccentric in this film is 14-year-old genius Eli Pettifog, who spends his teenage days lusting and fantasizing over, yes, you guessed it, Harvard. OK, not exactly what most 14 year old boys lust after, but it will do for a start to an eccentric college flick. At 14, Pettifog is smarter, or at least knows more ridiculous trivia, than all six of the major staffers serving Martin Sheen in the “West Wing” series. Want to know the weight and age of Mars? The number of feet the Queen Mary goes on a gallon of fuel? The West Wing staffers know it, and so does Pettifog.

Does this fluff substitute for skilled screenwriting? Well, no. But Alex Wolff (as P-Fog) and Brendan Fraser (as nearly middle-aged student/loser/drunk Leo Searly) put out performances that save the day. Or, at least, save this flick from total destruction. 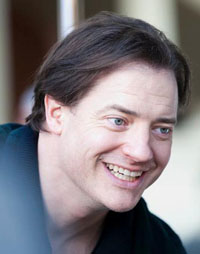 The main plug in the dike for the film is Mr. Fraser. He is at his off-handed, crudely handsome best in this role as an adult fleeing from the adult world back to the (supposed) campus milieu of beer bongs and one-night stands. Pettifog, on the other hand, is fleeing from childhood into an imagined adult world of noble intelligence, honor, glory and the command of all knowable trivia in the hallowed halls of America’s Ivy League colleges. But, as he learns the hard way, Ivy League habitués are no better, or worse, than anyone else. He finds the value of true friendship with the misbegotten sot, Searly. In the end, both Eli and Leo learn it is best to be who you are and not waste your life living a fantasy.

When 14-year-old Eli is rejected from Harvard, he is devastated, and chooses loser binge drinking Whittman College instead. Was there nothing in between? Maybe Michigan State, or something? There are a few things one has to forgive, in order to cough up a laugh during this film, and that is one of them. Bullied from one end of the campus to the other, Eli joins Whittman’s pathetic Collegiate Mastermind Team and shows the world what a trivia master can really do. Answering all of the questions himself, he unknowingly threatens Leo’s life over a few bad bets that the unreformed gambling addict has unwisely placed.

There follows romance, adventure, beer chugging, vomiting and all the rest that made our college system what it is today. Just as fictional Whittman (not to be confused with world class Washington State’s Whitman) plays second fiddle to the Ivy League, this film plays second fiddle to school buddy dramedy “Rushmore” featuring Jason Schwartzman and Bill Murray, and distant third fiddle to generation gap / eccentric soul classic “Harold and Maude” with Ruth Gordon and Bud Cort.

Nonetheless, this is an admirable effort by Billy Kent and co-writers Sarah Bird and Adam Wierzbianski. One hopes it will pave the way to bigger and better things.

A forgettable performance by Parker Posey, reunited with Kent after her starring role in the forgettable “Oh in Ohio,” who appears for a bit at the beginning and end of the film. Those of us who love her really wish she would get a meaningful role in something. 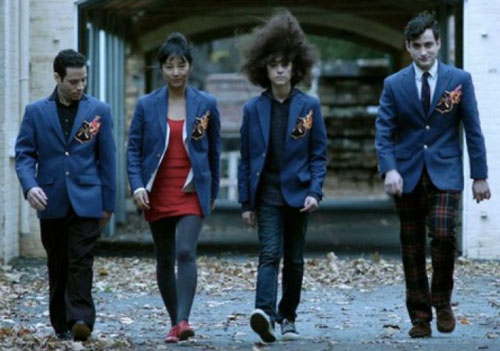