Invited to a dinner party, Sarah and Michael just don’t seem to be on the same page. Sarah is an attractive, self-confident New York City gal. Within hours Michael is going to lose her, his job and apartment. With nowhere else to go, he ironically returns to his family home on the day his dad and stepmom are splitting up. When asked why he isn’t with Sarah he tells them her apartment has bedbugs. 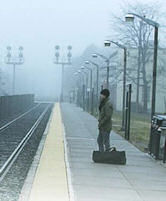 Bedbugs is a creepy metaphor for how Michael feels – really uncomfortable. He’s sick over the break-up, frustrated over his career path and embarrassed at being homeless.

It’s the great triumvirate. Three bad things coincide and our protagonist has to find a way to move on. Though everyone has crises, it’s how they are survived that makes lives meaningful.

“Half-Brother” is writer/director Anthony Grippa’s second feature film. Grippa, a graduate from both Rutgers and The American Film Institute in Los Angeles, states, “It’s a very personal film about family and divorce that I think a lot of people will relate to. Immediately after graduating from the American Film Institute’s Directing program, I packed up everything I owned and drove across country, back to New Jersey to start pre-production on the film. There were many setbacks during production, including being derailed by Hurricane Sandy, but I made a film that I’m really proud of.”

Grippa indeed proves himself a talented filmmaker. He has perfectly captured the warring parental split-up. Nothing is right and their uncomfortableness with each other, paralleling Michael’s life situation at the moment, is juxtaposed with their own personal sadness in the dissolution of their marriage.

Michael’s father, a nuanced perfect performance by Casey Biggs, appears angry and pre-occupied. As he re-arranges his new garage, messy and disorganized like his life, his slumped posture and trembling chin belie a depth that touches Michael’s own feeling of loss. He understands and helps his dad out.

But no one really has meaningful time for Michael — not his friends and not his family — except his younger half-brother. This is where the film just turns a circle and shows the brilliance of the writer. 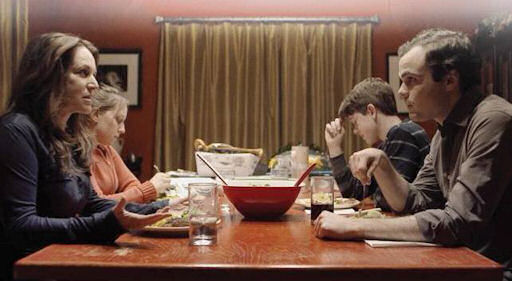