Review: Casualties of the State

“Treason is inciting war and profiting from it at the expense of American lives.”

– statement from “Casualties of the State.”

Back in the ‘70s, US protesters claimed patriot status. Brought up by World War II dads who survived unspeakable hardships in the military and a national identity based on liberation, reparation and idealism, the protesters became the vanguards of civil rights, pacifism and globalism. Since they perceived that their government had run amuck, derailed by McNamara’s Domino Theory, Dow Chemical’s Agent Orange and Nixon’s extension of the Vietnam War into Cambodia, their most important calling was to do something to stop the perfidy.

Corruption and collusion to undermine the goodness of what the US was built upon is what “Casualties of the State” is all about.

If someone were in a position of potential, let’s say in the FBI, and had incontrovertible evidence of a blasphemous misuse of public funds, constitutional policy and military resources by select Cheney-like politicos, what would be the right thing to do?

I’m not being facetious about the Cheney reference. Stewart Wilmot, an ex-Vice President, is played magnificently with hunched over shoulders, white hair, a pencil-thin wide mouth and deprecating self-confidence by Paul Russell.

In 2012, the filmmaker, Jeremy Cropf, was just a 19-year-old student studying film production at NYU when he made this film. He had a cast and crew, most working for free, of over 100 people. At the time there was a pervasive belief that Cheney had been a puppetmaster creating a series of debacles for the benefit of American multi-nationals, including his prior associate, Halliburton, a company deeply invested in oil field services and the incursion into Iraq.

Perhaps Cheney has been misunderstood or perhaps his influence has been exaggerated or even purposely contorted so that many blame him for a series of debacles. But because of the verisimilitude between the ex-veep in the film and Cheney, a certain level of credibility is promoted in this movie.

Alan Lamberg’s screenplay is exceptional. He has crafted a believable contemporary mystery-thriller that progresses like a puzzle, leading to pieces fitting that you hadn’t guessed would be probable at first thought, but on double-take absolutely align with skillful ease. Everything from the backgrounds of the FBI staff, to the coincidental killings with the strange MO to the Aikido sequences comes neatly, but surprisingly together at the end.

Sometimes the dialogue is too slow and deliberate, sometimes the music doesn’t match, sometimes the death scenes (like being shot with two gashing bullet holes to the chest and still being able to talk) seem contrived and sometimes there are gaps in the script (I’m still not sure what was wrong with our protagonist’s girlfriend – does she have a progressive disease or mental illness?), but for sure the film is a brave example of contemporary fiction with contemporary reference. It is one of those indie films we choose to see because we choose to think. 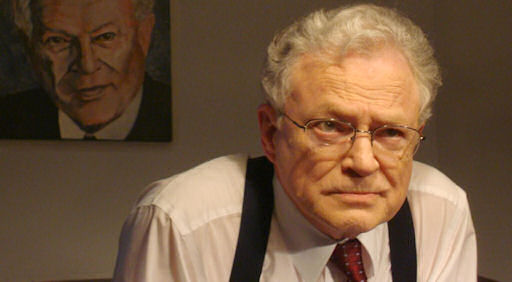 “Casualties of the State” will be screened in its Pacific Northwest debut
at the Hollywood Theater on Aug. 31, 2014. at 7 p.m.