Stand up for yourself. Follow what you love. Let nature be your friend. These sayings form the mantra of a new version of “Heidi,” the classic children’s story first published in 1881 by Johanna Spyri. Though Spyri’s version solved all problems through the sacred power of prayer and Swiss nationalistic values, Alain Gsponer’s new version is light-hearted, sometimes comedic, and strongly based in the power of nature and the individual spirit. 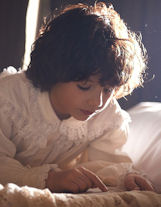 Heidi is an orphan who is brought up by her mother’s sister, Dette. At around age 6, Dette leaves her with Heidi’s grandfather, played with detached Swiss strength by Bruno Ganz, who lives isolated high in the Alps. There Gsponer’s Heidi romps around barefoot, alternating between a shift and practical boy’s clothing, chasing after goats in the warm sun. Her only acquaintance, surly Peter, is the boy goat-herder. The invigoration of the snow-tipped mountains and the wispy beauty of lilac and golden flowers are reflected in Heidi. She is the epitome of the fullness of nature.

Heidi makes a deal with Peter (exact match by Quirin Agerippi) – half of her lunch as long as he does not beat the goats. He agrees – a type of taming. But after time has passed, Heidi’s Aunt Dette returns and secrets Heidi off to Frankfurt where she becomes a little live-in friend to a girl, played with complicated charm by Isabelle Ottmann, who is wheelchair bound.

Anuk Steffen, warm, spontaneous and genuine, plays a resilient Heidi with a spunky nature, representing the child of our time. Though picturesquely set in the 1880’s with old timber hewn chalets, dirt streets and horse-drawn carriages, this film celebrates the child, curiosity, learning and following dreams – no matter what gender or class. With the original Spyri story stripped of its nationalism and religious didacticism, Gsponer’s Heidi finds within herself a spirit reflective of all that is good and a drive to follow what gives her joy, despite all odds.

Corinna Glaus of Switzerland and Daniela Tolkien of Germany are the sensitive agents who put this magnificent cast together. Steffen, Ganz, Agrippi and Ottmann truly become the characters you can’t help but love and care about – a tribute to Gsponer’s virtuoso as a filmmaker of excellence. 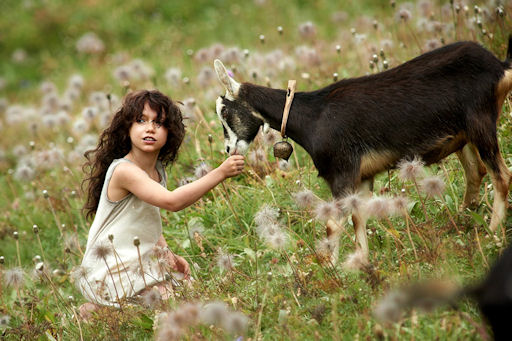 
“Heidi” has won three awards for Best Children’s Film in Europe. This inspiring, poignant German language film, subtitled in English, was given a short trailer review by IJM when it was part of the 2017 Portland International Film Festival in February. But this longer review heralds a comeback.

“Heidi” is returning for a Saturday showing on Sept. 30 at 2 p.m. at the Northwest Film Center’s Whitsell Auditorium in Portland, Ore. Advanced tickets for this popular international sell-out can be purchased online at https://nwfilm.org/films/heidi/.