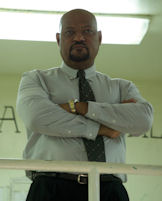 The great Laurence Fishburne is a master, wielding a haunting script with the finesse of a graceful predator in seemingly complete power over his prey. From the opening scenes of trailer house poverty and wretched nightmares to the flashbacks of his cruelty as prison warden, Fishburne rules the screen with a simmering power.

The warden’s vengeance is juxtaposed by a searing, charismatic performance by Juan Pablo Raba, as Dylan, who loves the exciting Maria, brilliantly performed with resilient strength by Juana Acosta.

Revenge
In a robbery gone bad, an accidental shooting occurs and an innocent young pregnant woman is shot to death. A repentant Dylan serves several years in prison. Once released he becomes a fisherman, meets Maria, and begins a fresh life as a good guy.

A new prison warden, Daniel Calvin (Fishburne), arrives, meets the captivating Maria, and learns that she is the wife of Dylan, the man who killed his pregnant wife 20 years ago. He contrives an arrest and conviction while subjugating Maria to cruel degradation.

Social Justice Film Company
Equitas, formed in 2016, supports gender equality and social justice, ensuring its female stars are paid the same as male counterparts. It hires numerous women in leadership positions and looks for films with worthy social content. It also donates, from its profits, to social justice causes.

Walking its talk, Equitas, which filmed “Imprisoned” in about 29 days in Puerto Rico, employed locals for most of the positions, hired ex-cons, and supported rehabilitation opportunities for incarcerated and formerly incarcerated individuals.

Inescapable Questions
Should we focus on retribution or rehabilitation?

Who are the killers? The perpetrators, the court/jury/judge who pronounce a death sentence, the warden who directs executions, the staff who carry it out, or citizens who vote for the Death Penalty?

Revelations in Names
This story takes place in Puerto Rico, which in reality abolished the death penalty in 1929.

Those portrayed in the story are mostly Latinos. But the warden’s European name, Daniel Calvin, evokes Daniel in the Lion’s Den and Calvinism, a belief that humans are predestined to sin, but through the gift of free will, can reform, seek redemption and be saved.

Dylan, though obviously a Latino, has a Welsh name meaning son of the sea. Dylan’s name also evokes the poet, Dylan Thomas, who wrote: “Though they sink through the sea they shall rise again/Though lovers be lost love shall not/And death shall have no dominion.”

Dylan’s wife’s name, Maria, is derived from the word for sea of sorrow as well as rebellion and beloved – all of which accurately typify her.

Last, there is the brilliant producer/director/writer, Paul Kampf. Paul, in the New Testament, redeemed himself as a cruel persecutor of Christians to become the strongest of all the proselytizers for Christ, teaching that redemption and everlasting life can be achieved through the grace of God. Kampf is German for struggle, battle, and fight.

See It
“Imprisoned,” a story of vengeance, redemption and the undying transcendence of love, is the second film to be released by socially conscious Equitas. It will earn superlative praise for writing genius, outstanding acting by the entire cast, and inspired production. It opens Sept. 13 in NYC and Puerto Rico, Sept. 20 in LA and Sept. 27 in Chicago. 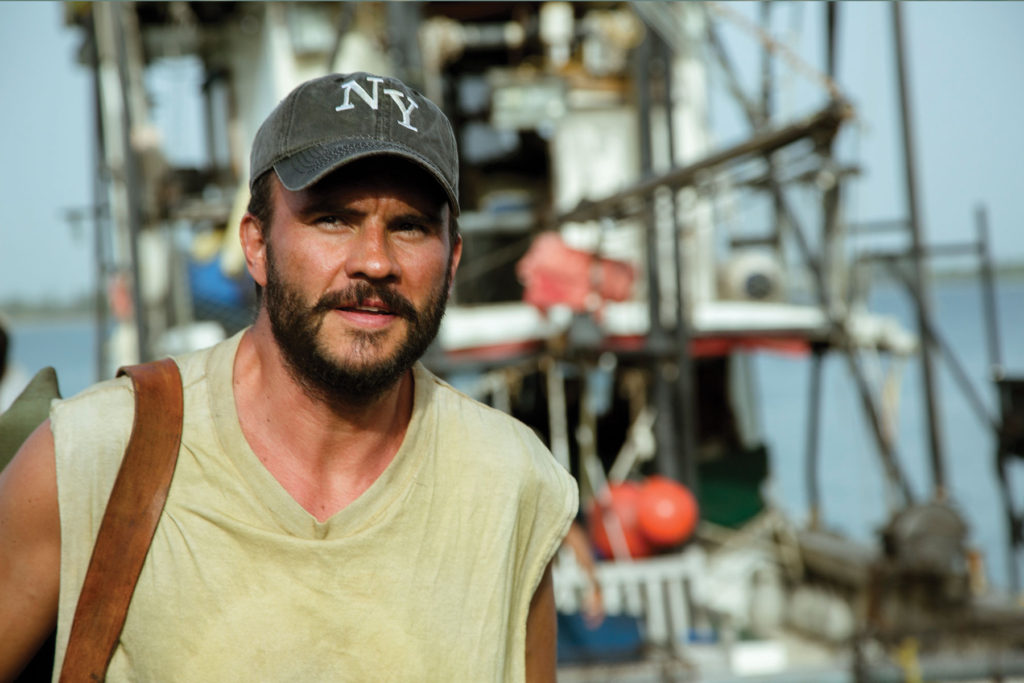