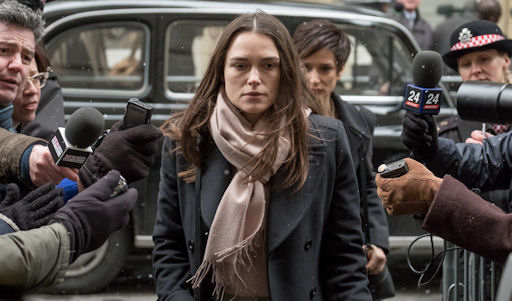 When a narrative fiction film is made based on a true story there cannot be a surprise ending. The viewer knows where the movie starts and where it ends. The fun is seeing how it gets there. Good supporting work helps, but in this flick Keira Knightley does it all. Playing yet another role different from the rest it is fun enough simply to see if she can pull it off. She does.

It is one thing to be asked to give one’s life for one’s country. Although most people would at least profess a willingness for that, how many would give their honor for their country? In-house intelligence translator Katherine Gun must make that decision. She must choose between swallowing a lie that will lead to war and blowing the whistle on the scandal of a decade.

The lie, promulgated by the US NSA in 2003, is that Saddam Hussein has chemical weapons of mass destruction. The war is the US invasion of Iraq, for which the USA dearly wanted justification outside of then President Bush’s enmity with the Iraqi leader. A resolution by the UN Security council would be just the thing; across the board support for a revenge trip by Bush. The first step was a nasty-gram to their British intelligence counterparts asking them to do some dirty tricks to get the support of a handful of small nation hold-outs.

Gun was aghast and leaked the memo to the press. Several funny foul-ups later the cat was out of the bag and the British spy higher-ups were madder than hatters. Gun could have stone-walled it, even through the threatened lie-detector test. Her entire department would have been harassed and the futures of everyone she worked with jeopardized. Especially those particularly unlucky ones that might have failed the lie detector test even though they were blameless.

The leadup spotlights Knightley’s brilliant acting as she goes through her dwindling set of options, ending with her being pulled out of a privileged office setting and stripped of most of her belongings and all of her dignity while being thrown in jail. Her foreign national husband was almost deported to pressure her into a guilty plea. The final showdown is perfectly executed by writer/director Gavin Hood with great supporting work by Matthew Goode, Ralph Fiennes, Matt Smith and Rhys Ifans.

One cannot say thanks enough to this treatment of lies, or “alternate realities” as the current US White House would say. Unfortunately, the movie stops short of leading us to a better way of doing things. There is no question that secrecy is a must in intelligence. Given that, there should be something short of a treason rap that would allow honest civilians to shed light on lethally bad decisions.

An unabashedly positive look at “muck raking” journalism, protagonist Gun is a modern hero who should not be forgotten. As we know, the US invaded anyway, eventually causing thousands of deaths, mostly among civilian men, women and children. We can only hope others will, in the future, take the same chance as Ms. Gun. 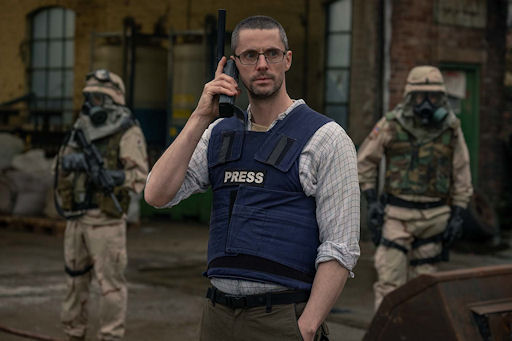