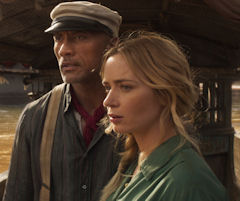 Lily believes an old legend about a healing tree deep in the Amazon jungle. She is certain the properties of this tree could reshape medicine and be especially beneficial to Britain’s armed service during WWI. There is one caveat. If the tree “gets into the wrong hands it could awaken a great evil.” Unfortunately, the Germans are on the same quest and Prince Joachim, an ambitious German prince, pits himself against Lily in a race to find the tree.

It is 1916 and we are at the exclusive Royal Society (RS), “a fellowship of many of the world’s most eminent scientists and the oldest scientific academy in continuous existence” (The Royal Society). It was presided over by Sir Isaac Newton in the 16th century, but didn’t accept women until 1945. Dr. Lily Houghton (Emily Blunt) was born too soon.

This is just the first of a string of challenges for plucky Lily. She needs sponsorship for her project navigating the Amazon River Basin to find this magical tree. Reminiscent of Dr. Henry Walton “Indiana” Jones Jr., the archeologist-explorer and adventurist, Lily is a botanist-explorer who insists on being taken seriously no matter how much money or bravery she must manifest.

Once Lily lands in Brazil it turns out she is an heiress and can afford this adventure without the Royal Society. As a matter of fact, her extravagant brother accompanies her with his extensive wardrobe and luggage. Together, they convince Skipper Frank Wolff (Dwayne Johnson) to take them to the sacred tree.

Interestingly, Frank has a lovable pet jaguar named Proxima. Trying to find out more about her training, I learned that she was filmed using a stuntman in a leotard and CGI effects.

Unfortunately rated PG-13, Disney’s “Jungle Cruise” is so full of special effects, explosive violence and surprise moments of crises that the actual plot gets lost and confusing. Was all the embellishment necessary? Wasn’t the story of a competition between good and evil for a healing tree enough? Elaborating the storyline with a dark back-story abut Frank and inserting a snake motif coming out of zombies and the tree was just too much for me.

Overall, Emily Blunt is great in this film as is Dwayne Johnson. They have a respectful chemistry that would do well with a less-gaudy environment of CGI effects (except Proxima must be kept) and an unbelievable, repetitively crashing submarine in the Amazon. They are scheduled to do a sequel, which is rumored to be released in 2023 or 2024. This time I hope it can get a family friendly rating so that no one is excluded from viewing – like the old Disney movies. 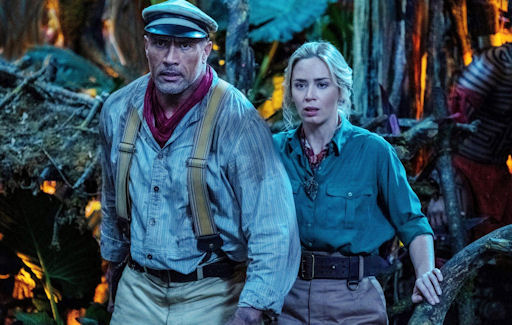