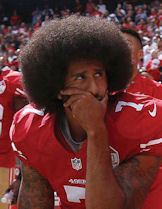 Amidst a litany of unarmed African-American killings by police, Colin Kaepernick took a stand by dropping to one knee in 2016. My number one thought at the time: Why doesn’t everyone – spectators, media and other players in the stadium – join him?

“Kaepernick & America” tells the story of Kaepernick’s life and the factors leading up to his silent 2016 protest during the National Anthem as the starting 49ers quarterback. His life story is a profile in courage.

Don Lemon (CNN) says, “America is just now figuring out its identity after hundreds of years. And, at the same time, Colin Kaepernick was figuring out his identity.”

Kaepernick, born from a white woman and black father, was adopted by white parents in a small town in California. He excelled in school and graduated with a 4.0 in both high school and college. He has been a man of faith, passionately protestant with religious tattoos. One says “God Will Guide Me.”

This important and well-produced film details his life from birth to his protest. Tommy Walker, the director with Ross Hockrow, states, “The film we have made seeks to discover the parallels between the life and activism of Colin Kaepernick and the tumultuous and divisive factors that have colored America’s racial divide. It is only partly about Kaepernick, as it actually reveals more about America, the land that reacted so profoundly to such a simple gesture.”

People of integrity suffer. It is hard to stand up for your values and not be persecuted by others. It is hard to butt the status quo without repercussions. Martin Luther King, Mahatma Gandhi, Abraham Lincoln and Dietrich Bonhoeffer all paid the ultimate price.

Towards the end of the film, Kaepernick says, “Racialized dehumanization and oppression are woven into the very fabric of our nation. But I remind you that it is love that is at the root of our existence. Seeking the truth, finding the truth, telling the truth, and living the truth has been and always will be what guides my actions.”

Kaepernick had the courage of his convictions to risk his football career in order to take a knee for the ongoing oppression and racism he witnessed in America. This important, well-edited and respectful documentary about his life and America’s reaction to his protest opens Sept. 2 and will be available on-demand. 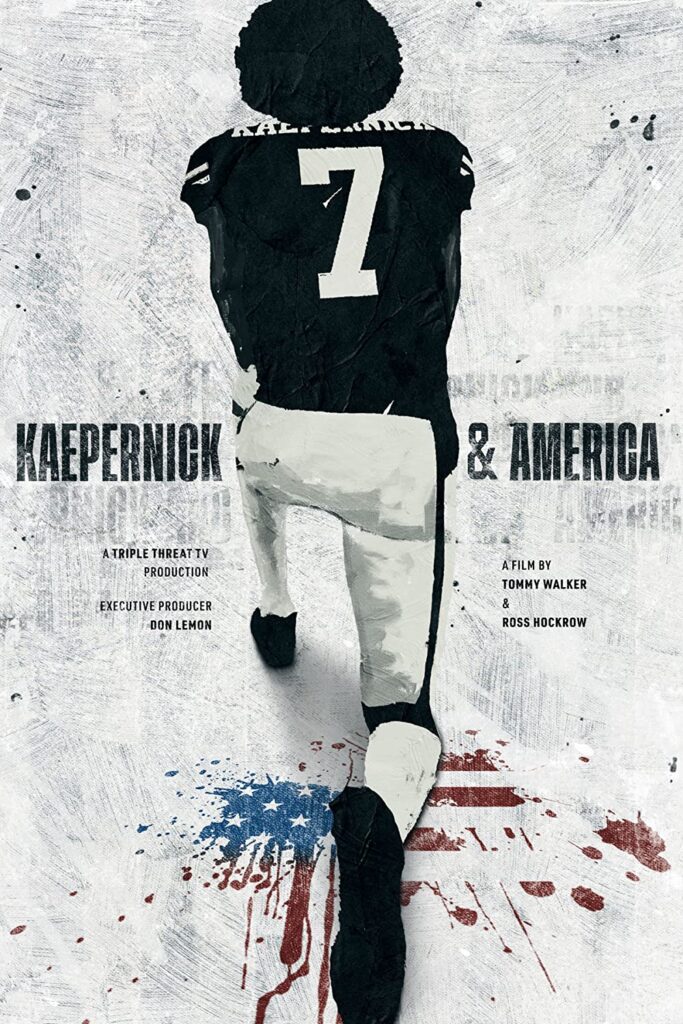