While one reviewer states “this movie is artistic suicide,” another thinks it is ground-breaking. Based on the bizarre on-air 1974 suicide of news host Christine Chubbuck, the film follows Kate Lyn Sheil’s preparation for the movie role. She goes through news archives, past film reels of Chubbuck and conducts interviews with those in the field. 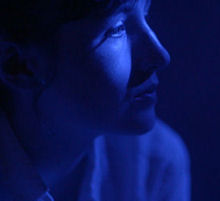 Hear the record scratch. Wait. Something is just not quite right. I view a movie clip of “Christine” and I see that gentle, thoughtful Kate, whom I’d just seen prepping for the role, is not in the film. I research online and initially find no mention of the contradiction. But time and curiosity lead me to the “truth.”

Robert Greene, University of Missouri’s filmmaker-in-chief for the School of Documentary Journalism, has dumped a disturbing story with a parallel disturbing conceptualization onto the indie film scene. Despite winning honor at the Sundance Film Festival, I can’t accept it. I resent Greene’s manipulation.

Greene used Sheil to portray an actress preparing to be Christine Chubbuck. But she is not. That’s right. No one, including Greene, has any part in the film “Christine.”

In addition, Rebecca Hall, the actress playing Christine in the film “Christine,” reflects a dominant, fierce energy outraged at her network’s choices, back in the ’70s, about which news stories to feature and how to run the station. Directed by Tony Campos, a story is created to try to explain Christine, her suicide and the challenges of the news industry.

Greene does the same thing, but in a pseudo-documentary rather than a feature film. Rolling Stone even called Sheil “the Meryl Streep of the micro-budget film community.” I find that comment farcical and grossly exaggerated.

Don’t mess with me, Robert Greene. If you think a pseudo-doc like this is more real that the real thing, be up front about it in the credits. Playing with us over how easy it is to fool and confuse an audience is not ground-breaking. Propaganda newscasts from the ’40s and ’50s and lessons from characters such as Squealor (“Animal Farm”) representing government-controlled media have long been exposed.

Sheil was understated and boring. Greene came up with no distinctive background on suicide, depression or Christine’s motives. The only insight this film promotes is that directors and actors inescapably end up fabricating information and twisting characterization to meet their own creative needs. Truth about anything, in Greene’s world, becomes elusive. Is this new info?

I generally don’t write negative reviews because I’m not interested in putting any additional time into what I perceive as a lost project. But now, when newscasters on every major American channel are skewing news to opinions rather than reporting, as if the viewer can no longer figure things out from the events and facts, I am just fed up with subjectivity. I want the Cronkite truth. I don’t have time for all the sides of a story and I’m tired of being insulted by industry-wide punditry and false predictions. Network news, especially CNN, could be reporting on all kinds of fascinating world news, but it is burying itself in rhetoric on a limited scope. I think Chubbuck would be just as outraged as I am.