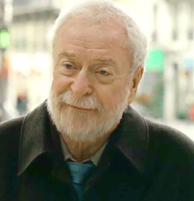 Directing her fourth big screen movie, emerging world-class filmmaker Sandra Nettelbeck directed this family grief drama. She also wrote the screenplay after Francoise Dorner’s French novel “La Douceur Assassine” (“A Moment of Sweetness”) published in 2006. In spite of the usual exceptional performance by screen legend Michael Caine, the film is too derivative. Little happens that has not happened too many times before on the big screen. Screen legend Michael Caine has agreed to another broccoli movie.

Playing Matthew Morgan, an American transplanted to Paris and teaching philosophy there, the good professor rejects everything Paris has to offer. He speaks nothing but English, seemingly ready to create World War Three with the French at every turn. Nettleback changed the protagonist Matthew from the original story’s French nationality to American, perhaps to heighten the sense that Mathew is running away and taking his beloved wife with him, despite the wishes of his stateside children. A selfish move that haunts him.

The film opens with the death of his wife. Devastated by the loss, the fact that Matthew has intentionally kept her from their children emerges slowly throughout the movie. Caine excels at playing the charming, charismatic and narcissistic renaissance man. Adult jealously and childish selfishness resonate through the screenplay, although it eventually centers on the difference one person can make.

That one person is the innocent yet sensuous Pauline Laubie, a young woman worth her weight in intuition. Clémence Poésy combines the vision of Audrey Tautou’s Amélie with the spirit of Sally Hawkins’ Poppie (“Happy-Go-Lucky”) and, presto, Pauline senses something is wrong and befriends Matthew. Despite the feeling on several occasions that the two are about ready to have the most awesome (or gruesome) sex, that never happens. The young woman and the man old enough to be her grandfather reject generational differences and become soul mates. Pauline ferrets out the family secrets, patches it all up and the flick ends with a kiss and black ink on the bottom line.

OK, we are not entirely sure she patches it all up, but the hemorrhaging of emotional bile is slowed to the point where we can breathe a sigh of relief, exit to dinner and be glad we have not made as bad a hash of it as has poor Matthew.

Nominated for 10 Golden Globes and Emmys (won one of each for “X-Files’ TV series) Gillian Anderson nearly steals the show playing Matthew’s daughter Karen. Although having the least screen time of all of the leads she swoops in and swoops out with a classic combination of comedy and pithiness. Karen is glamorous and flawed at the same time. Hurt by the cold academic posture of Mathew, she has nonetheless gone on to raise a family of her own. More to the point, her new family is as dysfunctional as her original family but she handles it much better. Her acceptance of this underscores the point of the story. No matter how much we say we dislike our parents, we grow up just like them and, with few exceptions, do the same things they do. So, we are well advised to go easy on our criticisms of our parents, until we are quite old enough to know where we stand.

Justin Kirk plays Matthew’s son, Miles, in an underdeveloped role that seems appended to the screenplay (it may have been handled better in the novel). Nominated for a supporting actor Golden Globe for his work in “Weeds,” he was not given a fighting chance to do anything out of the norm in this film.

Michael Caine, not to mention Clémence Poésy, Justin Kirk and Gillian Anderson deserve better than this movie. Although Caine, alone, is worth the price of admission as the widowed, world-weary American professor living in Paris. Always great to watch, it is even finnier when his coached American twang breaks through and we are reminded that he really is playing an American. No matter, English or American, he still plays a great world weary, ultra-sophisticated, rumple-haired professor who behaves like a child. After all, isn’t that what we all want to be?

Putting that fantasy aside, this movie gives us a good look at three very talented young actors. Now, let us hope we will not have to wait too long for the next, more entertaining, film by the three. 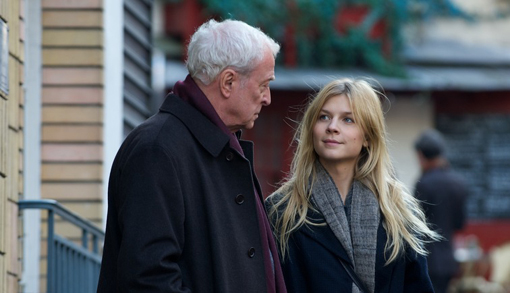