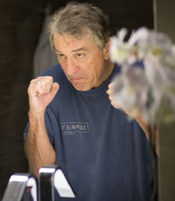 A group of guys go to Las Vegas for a crazy weekend bachelor party filled with debauchery and (prescription) drugs — sounds familiar, right? Yes, “The Hangover” series immediately comes to mind when describing the premise for “Last Vegas,” but thankfully, that is where the similarities end.

Director John Turteltaub (“The Sorcerer’s Apprentice,” “National Treasure”) worked hard to make this film a fun, albeit predictable, ride through Sin City in a film I described to my friends as “The Hangover” with prune juice and Viagra … but that was before I saw it.

Taking an all-star cast and focusing the jokes and scenarios around award-winning actors in their silver years, “Last Vegas” is completely tailored for the older crowd, and while people not yet on Social Security can truly enjoy the film, it is very aware of its target demographic and it aims to please them.

When a group of friends in their sixties learns that the forever bachelor and womanizer Billy (Michael Douglas) is marrying his very young girlfriend — and they don’t let him forget how young — they agree they have to throw him a bachelor party in Las Vegas before the wedding. Archie (Morgan Freeman) and Sam (Kevin Kline) escape their lives immediately, but it will take some coaxing to get the sad shut-in Paddy (Robert De Niro) out of his robe and on the trip with them. Things are further complicated by the fact that Paddy isn’t speaking to Billy for missing his wife’s funeral a year earlier and has felt like the life-long friendship was broken because of it.

Once they all eventually get to Vegas, things seem to be taking an interesting turn when a beautiful bar singer named Diana (Mary Steenburgen) tags along with the group on their adventures, and with more than one showing interest in her, the rivalries begin again in whom will get the girl this time.

When fortune favors the bold, they are upgraded to the celebrity penthouse, equipped with their own liaison Lonnie (Romany Malco), who helps them pump up the party and their game, as he highlights the hottest clubs and areas to get woman in the city. As the night of the bachelor party approaches, each man will either learn a lesson or decide something important that will affect them when they get home. The question is whether it will all be for the positive.

While you can easily say that these characters are typical stereotypes, the movie goes for the gold as the actors have fun making fun of themselves in their older age without crossing that fine line of going too far. Can the film reach a wider demographic in appealing to movie-goers of all ages? I think it can as it is just fun to watch this “rat pack” of classic actors play off each other in fun and interesting ways.

It is the high caliber of the main actors that brings this story to life, and gives “Last Vegas” merit. Its subtle approach to the comedy over the outrageous gags of other Las Vegas films helps tell a simple story about a group of men, all that have lost something — either the love of their life, their freedom or their sex drives, each has an adequate reason for needing to be on this trip.

With a cast touting five Oscar-winners and many very popular actors, comedians and cameos, it is pretty evident that those involved knew the script and the plot were pretty standard and old-fashioned, but they were going to have a heck of a time making the film, and it shows. The camaraderie and rivalry between these friends is strong and it helps sell this movie. You can’t help but to smile when seeing some of the things these guys were willing to do for a laugh. The chemistry between the cast is overflowing onto the screen, we know these actors and we could tell if they were faking it. I hope that when I am part of the AARP club I can have as much fun as they seem to be having.

Like I said earlier, this film was made to please the older crowd, but I — having just recently turning 30 — have been around enough elderly men and women to get a majority of the jokes relating to body issues and medications during your “golden years.” The script isn’t perfect, but the outstanding commitment from the actors sells this simple premise and makes it a must-see for the older crowd. I will say for those who don’t think they will enjoy the film because they can’t relate to it, then wait to rent it. Whether you are watching in a theater or from the comfort of your own couch, I can promise you “Last Vegas” will be getting laughs out of you either way. 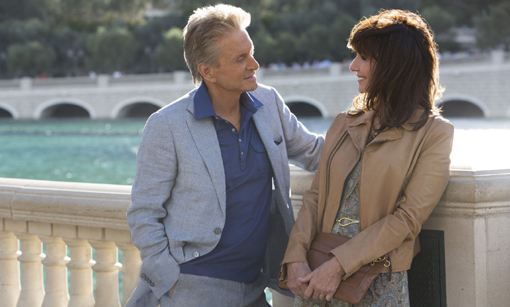