This investigative documentary was posted by Robert Greenwald last week (Oct. 30, 2013 into my email) and it is just as disturbing as it is factually based. 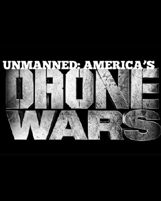 It is the story of a 16-year old boy, Tariq Aziz, who signed up to work for two non-profits involved in documenting drone attacks in Afghanistan after his cousin was targeted and killed. He befriended reporters and NGO’s alike in order to report the details of what had happened.

Tariq’s story made its way to Greenwald, who then made it the focal point of his film “Unmanned: America’s Drone Wars.” News of Greenwald’s documentary then made it to Bill Moyers and Congress, setting off a coincidental chain reaction of statistical readjustments between the CIA and Pakistan which were published in the New York Times by the end of the week.

The trailer sensationalizes the issue, but we are immediately aware that this film is exposing policies and strategies we know well enough through news coverage. What’s different about Greenwald’s rendition is that he tells a story that compels a reaction.

Should America continue on with the drone war on terrorism?

While the trailer omits the story of the young 16-year-old, Greenwald has done the revolutionary and unthinkable. He has spread his film out on YouTube for free. That’s his reaction to his own compelling research.

Coming next on IJM will be an editorial on the use of drones and their effectiveness in America’s War on Terror. Commentaries in the Comment Box are welcome.